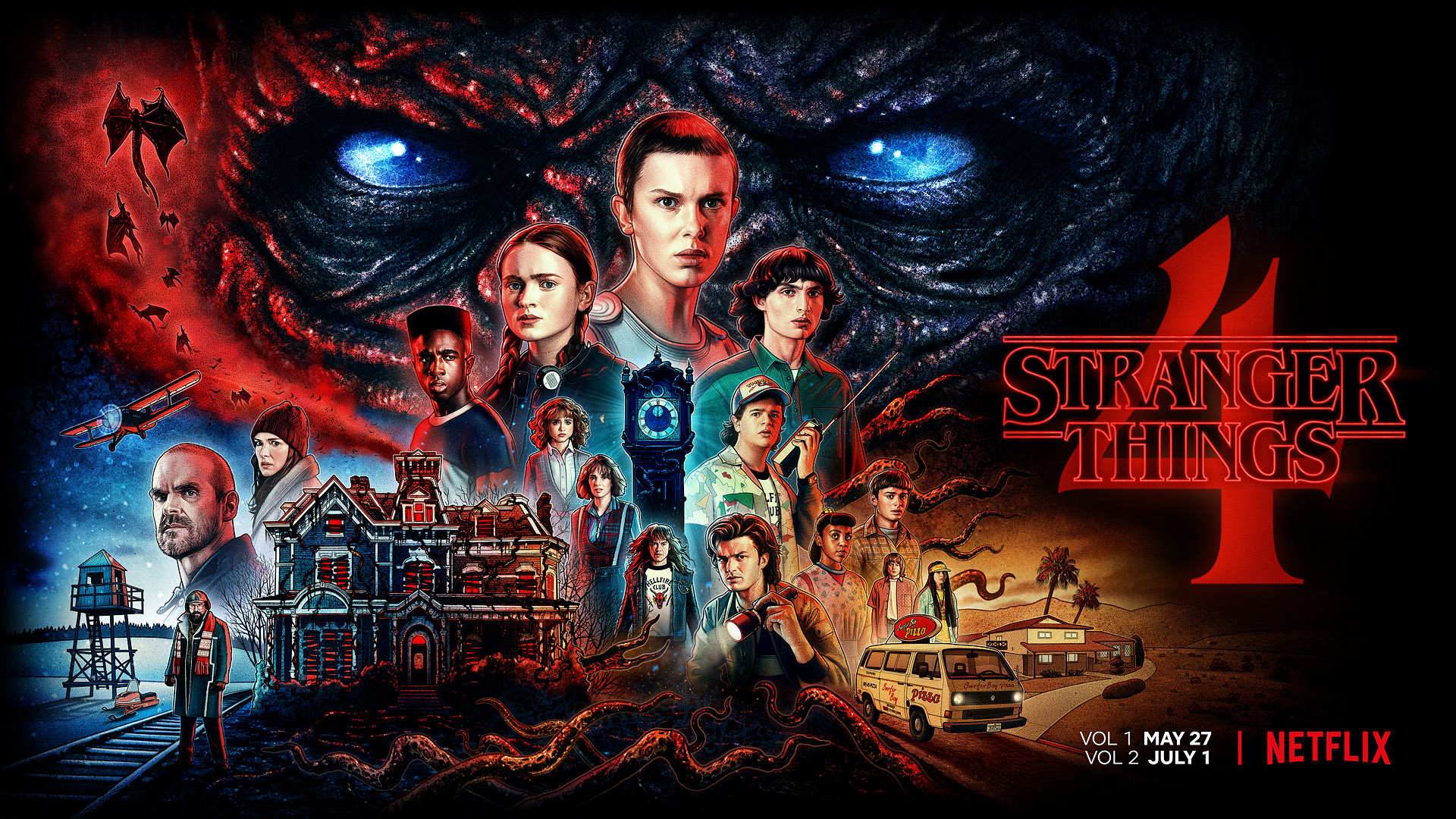 The Duffer Brothers’ hit show, Stranger Things, just came out with its long-awaited fourth season a few months ago, and many fans are drawing inspiration from the horror series for their Halloween costumes. Now, before you read too far ahead, I have to warn you that this article will contain spoilers for season 4, so if you haven’t seen it yet, now’s your chance to turn around.

For all those who have seen the latest season, and are looking for ways to stay immersed at the moment a little bit longer, then I have the looks for you. This season we saw the emergence of a lot of new characters, from Eddie “The Freak” Munson to Cheer-a-leader Chrissy Cunningham. While the introduction of new characters into the fourth season of a wildly popular show doesn’t always work (see Glee season 4), this cast did not disappoint. Okay, this is your last chance, spoilers ahead!

One new character who made the most of their screen time was Angela. While her character was one of the most easy-to-hate characters on the show, there’s no denying that her 80’s Rink-O-Mania makeup look was on point. Angela’s look is great because it has the potential to be really cute or really gory, depending on how you do Halloween. All you need for this look is some blue eyeshadow, pink lipgloss, and some blush. For a spooky twist, you can go as Angela, post-roller-skate-attack, by adding some blood drips. Just remember that if you choose to do this, you don’t stain your skin!

Tip: Try using face paint, an easy-to-remove lipstick, or even making your own fake blood to avoid staining your skin, and don’t forget to do a skin test on your hand first.

After attacking Angela at Rink-O-Mania, we watch as El struggles with an internal battle over the morality of her actions. Throughout the season, flashbacks into her past have us believing that she was responsible for the massacre at Hawkins Lab, making her feel like a monster, so it seemed like a fitting choice for a Halloween look. This look is relatively easy; all you’ll need to do is create the appearance of dark eye circles using a dark eyeshadow under your eyes, use a nude lipstick that closely matches your skin tone to create a washed-out look, and then paint the fake blood of choice dripping from your eyes and nose. To go a step further, you could even try using Dr. Jart+ Cicapair Tiger Grass Color Correcting Treatment which, according to Stranger Things makeup artist, Amy L. Forsythe, is what she used to give the kids in Hawkin’s Lab to get their washed out complexions.

This last look is, once again, another new addition to the cast. What can I say? I liked them! Chrissy Cunningham was easily one of the most endearing characters to join this season, despite her limited screen time. To honor her, I thought I’d tell you how to do her makeup.  Her look is relatively simple, but like Angela’s, it has the potential for a gory twist. The basic look consists of blue eyeshadow, a nude lipstick that compliments (note that I said “compliments” and not “match” like in the last look) your skin tone, and if you’re feeling it, some dark eye circles (after all, she probably hasn’t slept well for a while). For a dark twist on her look, you can go as Chrissy during one of her “Vecna Spells.” You’ll just need to get your hands on some white contacts and, again, fake blood. 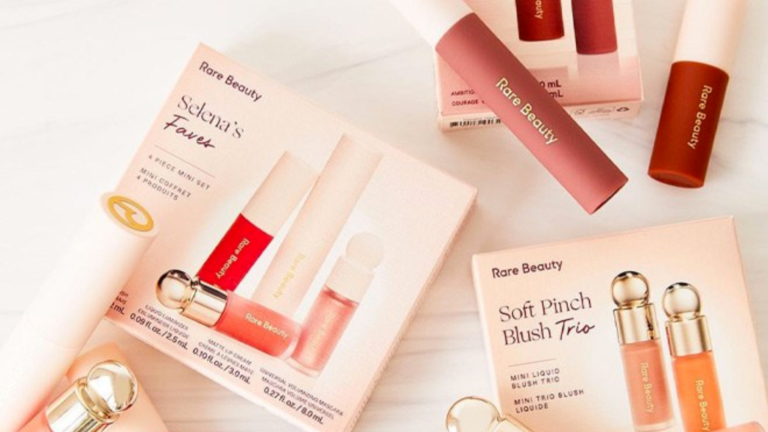 With the holiday season fast approaching, one of the biggest questions is how to find the perfect gifts for Christmas. Beauty items and fragrances are some of the safest bets, as there is a wide range to choose from, both in style and price. As 2022 wraps up, some key makeup kits, self-care treatments, and fragrances stand out as the most purchased and best reviewed of the year, which could definitely make for the perfect Christmas present. 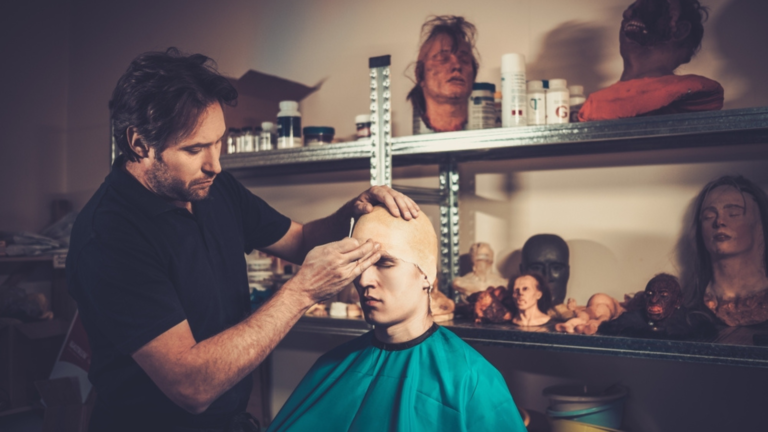 In the film industry, one has to be very creative when bringing their stories to life. In many cases this means bringing on a team of special effects makeup artists and using CGI. But it may surprise you to learn how these two special effects can be employed to enhance one another. CGI is more often than not, a valuable tool in the special effects makeup artists tool kit. CGI not only enhances makeups (yes I said “makeups,” it’s an industry term), but it can be used to make essential corrections for continuity sake as well.

Shea butter: Reasons to Incorporate this African Beauty Secret to your Routine

Shea butter is a type of fat derived from the nuts of the shea tree. It has an off-white or ivory color and is solid at warm temperatures. Shea trees are native to West Africa, and the majority of shea butter still comes from there.
For centuries, shea butter has been used as a cosmetic ingredient. Its high vitamin and fatty acid concentration, combined with its easy-to-apply consistency, make it an excellent product for smoothing, soothing, and conditioning your skin. Curious? Here are some reasons to incorporate it into your routine, as well as instructions on how to do so. Where Does Our Makeup Come From: the Origins of Our Favorite Products

Although men and women have been wearing makeup for centuries, the beauty industry today is a far cry from where it began. All across the world, people in ancient Egypt, Rome, and China used coal, beeswax, henna, almonds, lead, berries and copper in various ways as makeup. Today, however, makeup lovers have never been farther away from the origins of the products they love.
The makeup sold today is generally a mixture of water, oil, and wax. Along with certain chemicals which act as preservatives, emulsifiers, or are just added in for ease of application. The third ingredient necessary for the colorful shimmery eyeshadows, blushes, lipsticks, and lipglosses are minerals. 5 Cruelty-Free Makeup Brands to Get Behind

Unethical practices in the cosmetics industry are no secret, but several years ago you would have been hard-pressed to find a major makeup brand that didn’t test on animals. Fortunately, times have changed, and makeup enthusiasts in 2022 now have a wider array of ethical, animal cruelty-free makeup brands to choose from than ever before. If you’re looking to put your money behind a brand that upholds the safety of our fellow animals (yes, humans are animals too!), you can start with the 5 cruelty-free companies on this list. How the Internet Created a Booming Beauty Industry

The beauty industry has always been a reliable source of profits. It is one of the few industries that maintains revenues during recessions. The beauty category, including haircare, personal care, skin care, and makeup is expected to reach $131 billion dollars by 2026. The beauty industry was robust before the creation of the internet, but since its invention the industry has only continued to boom.