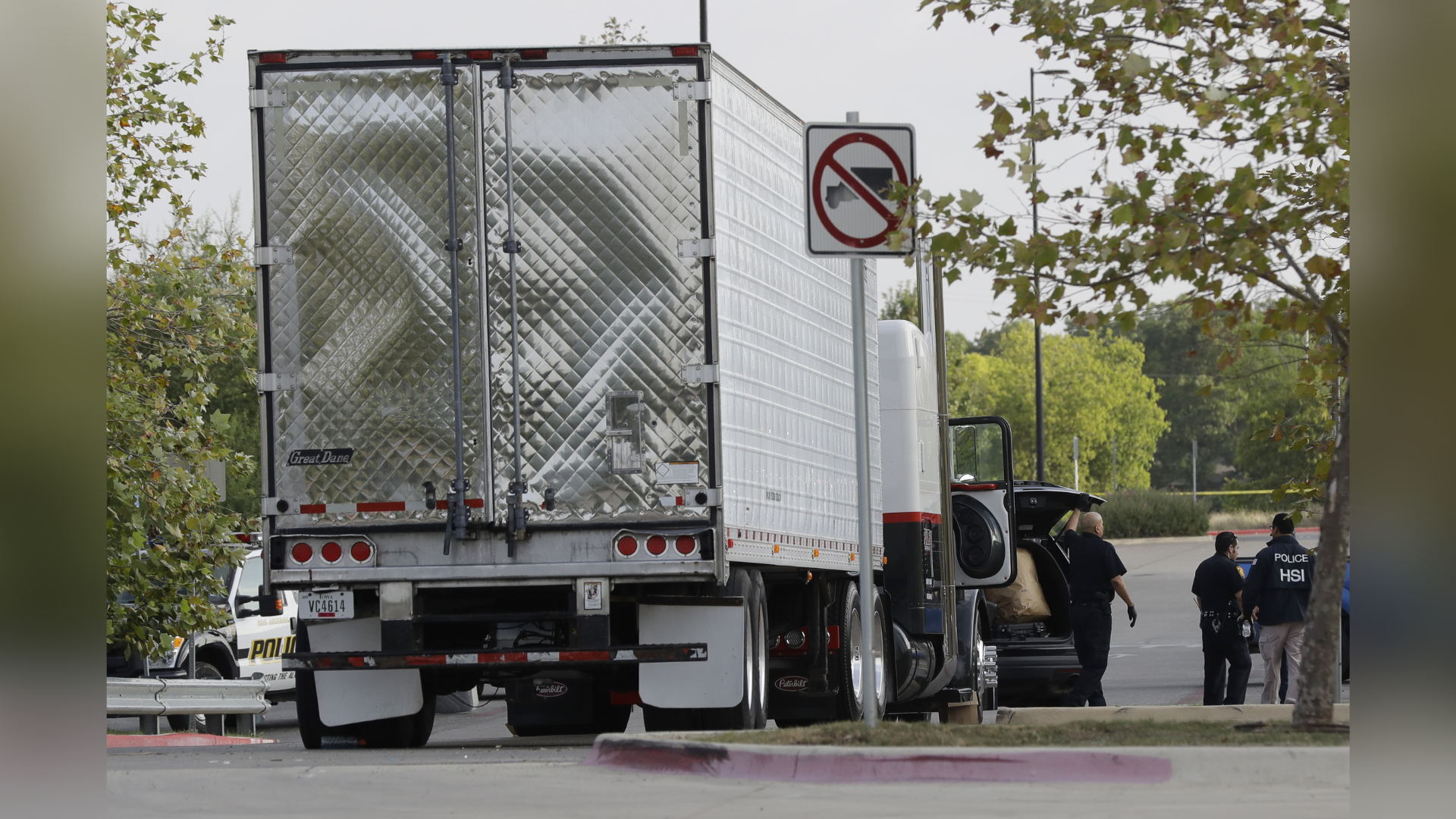 At least forty-six people were found dead inside and near a tractor-trailer in what is presumably a migrant smuggling attempt into the United States. Sixteen others were taken to hospitals with heat-related illnesses, officials in San Antonio said.

At about 6 p.m. Monday, a city worker heard a cry for help coming from a remote road in southwest San Antonio. When police officers arrived they found a body lying on the ground, outside the trailer which had a gate open.

Soon they started to recover dozens of bodies, which they bagged and laid on the ground. Sixteen people were taken to the hospital to receive treatment for dehydration and other heat-related illnesses, 12 adults and 4 children.

Following the discovery, three people were taken into custody, though how or even if they are connected to the incident has not yet been found, so their identities remain unknown to the public.

Fire Chief Charles Hood was among the group of officials tasked with the rescue of the people inside the truck. He said that the people found were hot to the touch and dehydrated, and no water was found in the trailer. “They were suffering from heat stroke and exhaustion,” Hood said. “It was a refrigerated tractor-trailer, but there was no visible working AC unit on that rig.”

Aaron Reichlin-Melnick, policy director at the American Immigration Council, wrote that he had anticipated tragedies like this could occur for a long time.

“With the border shut as tightly as it is today for migrants from Mexico, Guatemala, Honduras, and El Salvador, people have been pushed into more and more dangerous routes. Truck smuggling is a way up,” he wrote on Twitter.

“We will continue to address the serious public safety threat posed by human smuggling organizations and their reckless disregard for the health and safety of those smuggled,” the statement continued.

Other countries are also involved in the clarification of this tragic incident. Honduran Foreign Minister Enrique Reina said in a tweet that the country is investigating whether any Hondurans are among the deceased.