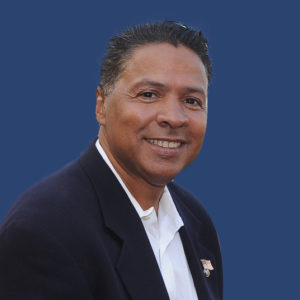 Ray’s amazing journey began decades ago when at 16-years of age, he was caught spraying graffiti on a wall at Yankee Stadium by NY Yankees owner, George Steinbrenner. As fate would have it, Steinbrenner decided against putting Ray in jail and instead, offered him a second chance making him the batboy for the greatest franchise in sports history. Ray was propelled into a dream job sharing the dugout with the “Bronx Zoo” team of the seventies. He became a positive influence in the fiery clubhouse that included Manager Billy Martin, superstar Reggie Jackson and the legendary Thurman Munson. And for the next 35 years, Steinbrenner and Ray built a special relationship until Steinbrenner’s passing in 2010. 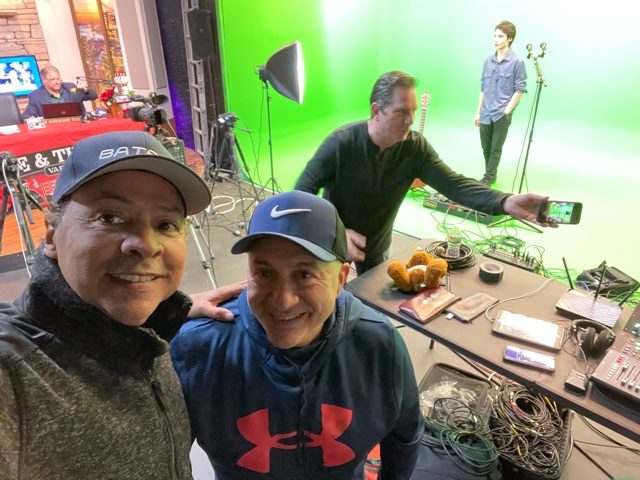 This week, Steve Vaccaro, my Co-Host and myself filmed the latest episode of “Reach Out with Ray and Steve” at IndiMusic Studios in Ronkonkoma, NY. This top of the line production and recording studio nestled away by McArthur Airport is a full spectrum production, recording and branding studio bringing ideas from inception to completion in their “one stop shop”. 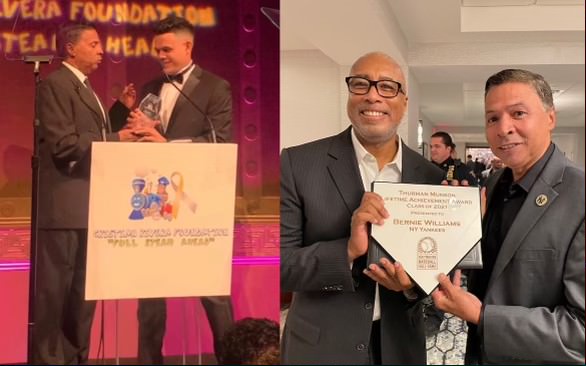 This week I was able to see the past and the present do what they do best–Give of themselves for the less fortunate.
Throughout my time with the Yankees, a period that spans forty eight years, I have learned why George Steinbrenner once firmly said that he didn’t want his players to think that they are heroes if they didn’t truly act like one. 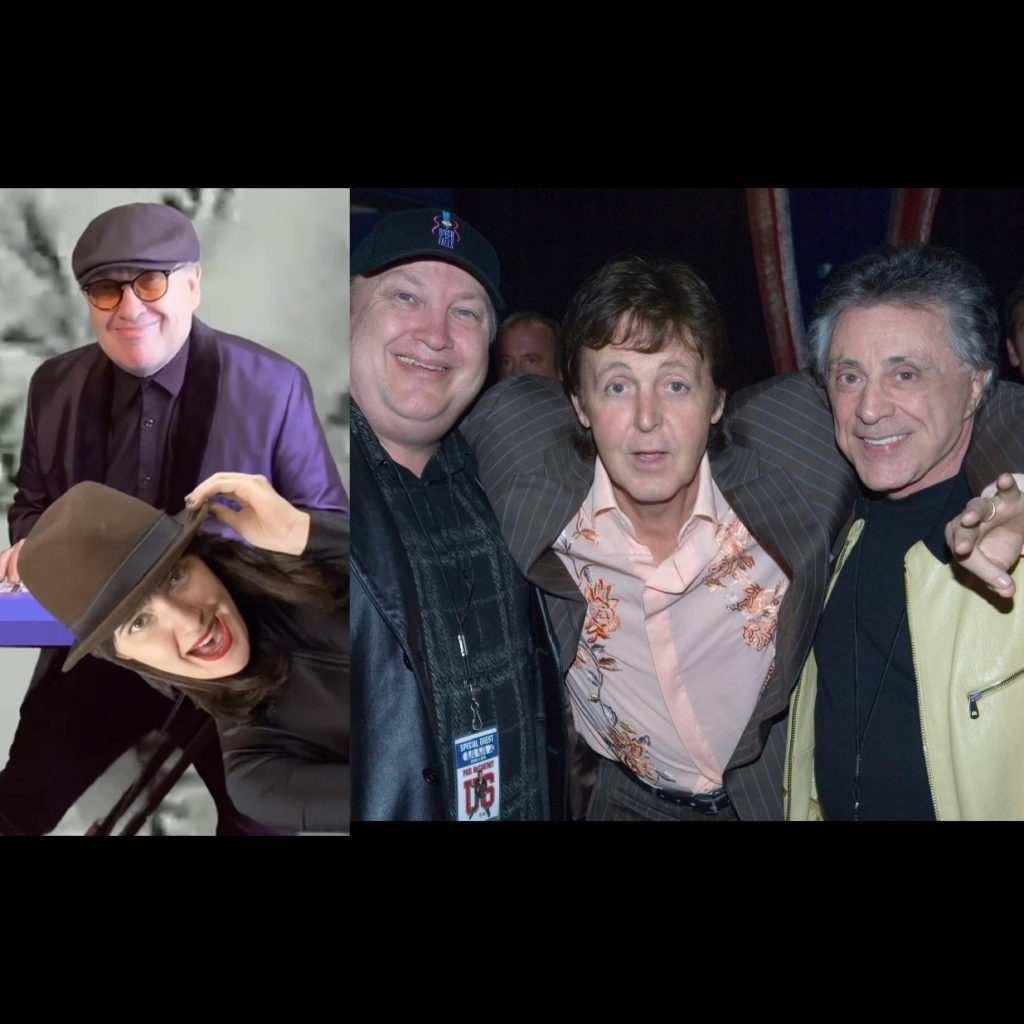 I have been friends with music guru Robby Robinson for over 30 years. His love of baseball and my love of music and the great Frankie Valli is what did that. ROBBY is the music director for FRANKIE VALLI AND THE FOUR SEASONS since 1978. Robby is now adding another hat to his collection that of record company president. ROBBY’S RECORDS has just been unveiled! 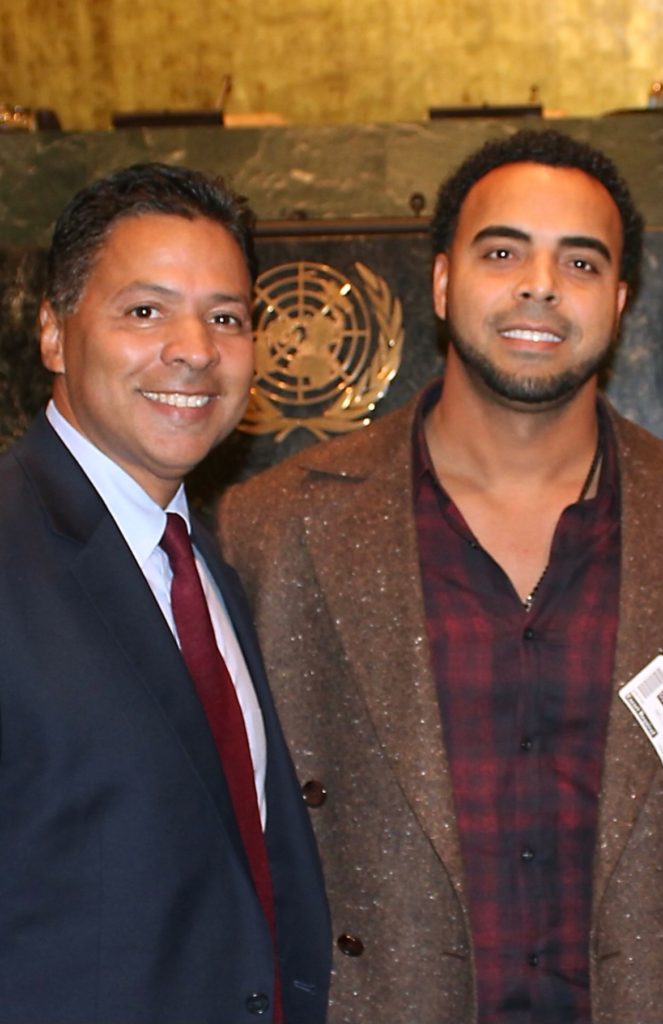 If you ask me what a complete Major League Baseball player is , I would have to open up the baseball digest and see a picture of Nelson Cruz. The reason I say that is because this is a guy who’s done some incredible things on the field. He hits homers, hits for average and naturally drives in runs. He is a designated hitter however if you ask him, he would prefer to play the field and was no slouch when put in the outfield. 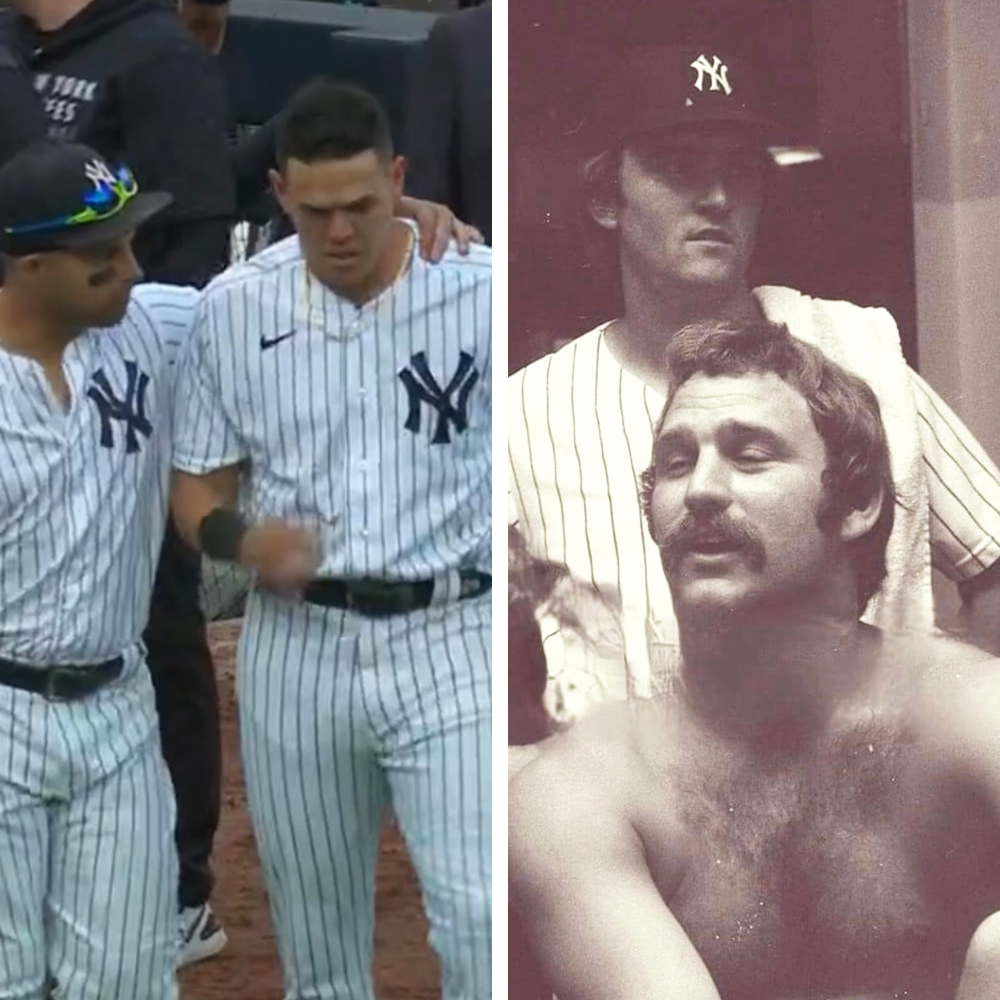 My love for the Yankees goes as deep as my love for my Hispanic heritage. The fact that I started working for the Yankees 48 years ago and I was surrounded by Yankee heroes named Thurman Munson and Bobby Murcer and Graig Nettles and Roy White and being lead by Billy Martin made me understand what true pride was all about. 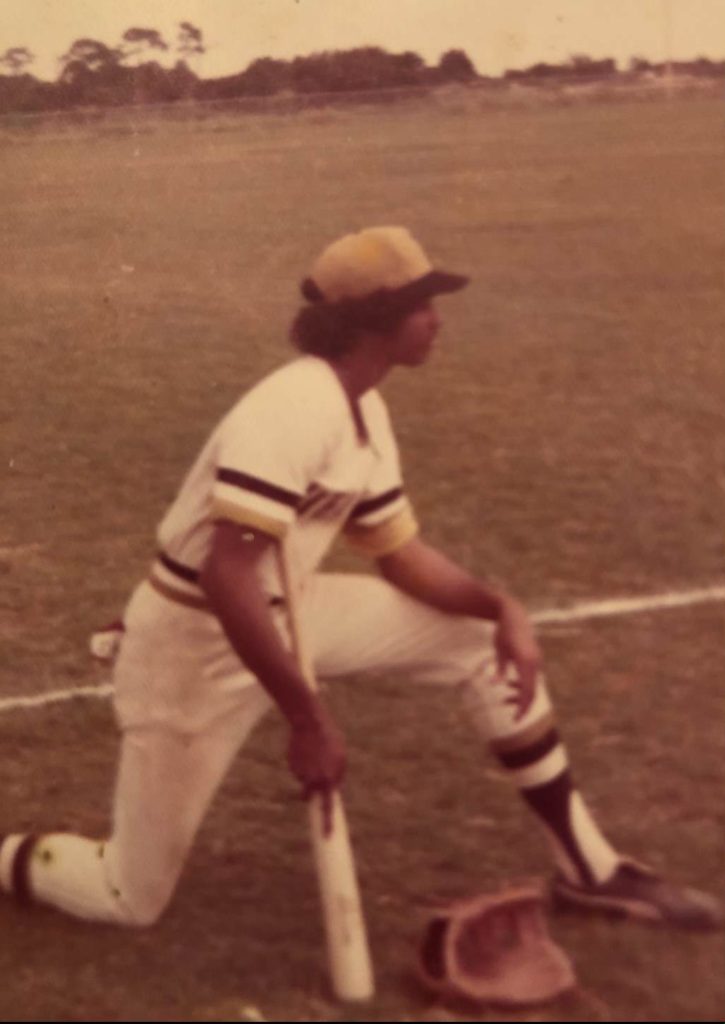 As a Yankee batboy, I was dreaming of the day that I would possibly be drafted by the team I was working for, the Yankees. Everyday I would get to the clubhouse very early so that I would complete my chores before batting practice started. I would have all the towels folded, all the underwear’s in each players locker, the equipment in the dugout and I would be ready for Thurman Munson’s hamburger run to McDonald’s. 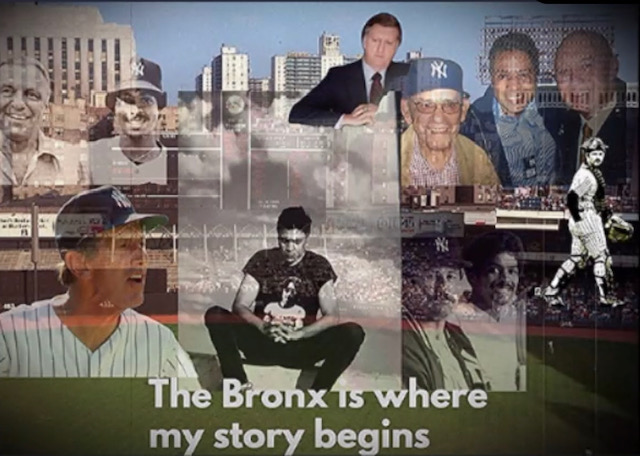 Life is a documentary

﻿The life we live is a true documentary. We all have a book in us and I honestly believe that we all have some form of a film in us too.It’s all about dealing with the understanding that your life has been one of quality and when you get to … 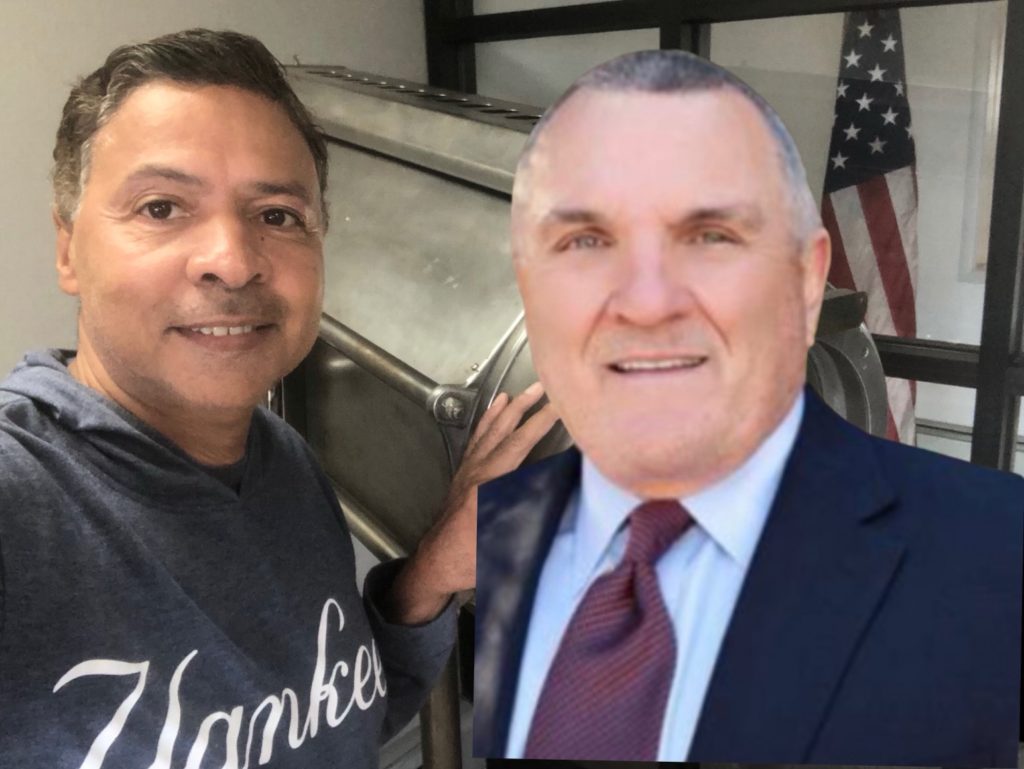 It’s been thirty years since I saw the movie Rudy. I remember the tears flowing down my cheeks as the main character, Rudy would never give up. His dream of being a walk on at the Notre Dame football program even though the world told him that it was impossible. Doesn’t that remind you of all of us. How many times in your life has someone said to you that you can’t. Or you won’t or your not good enough. 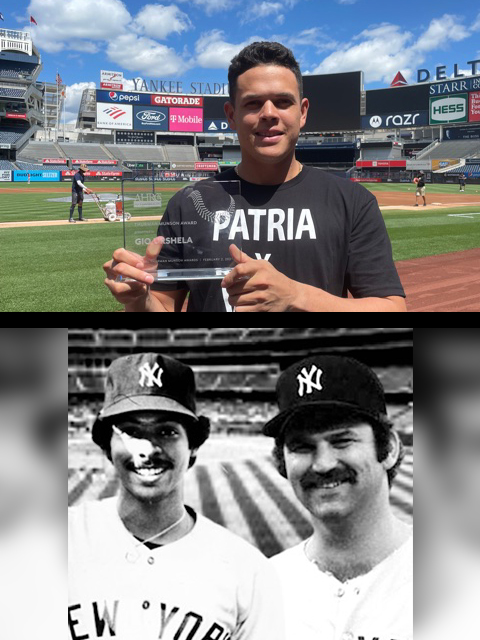 Today is August 2nd. This is exactly 42 years since the Yankees lost our beloved Thurman Munson. Those who were 5 years of age and older have never forgotten this incredible human being. I always have said that he was the Thurman Munson Experience! Those that didn’t know him felt like they did. 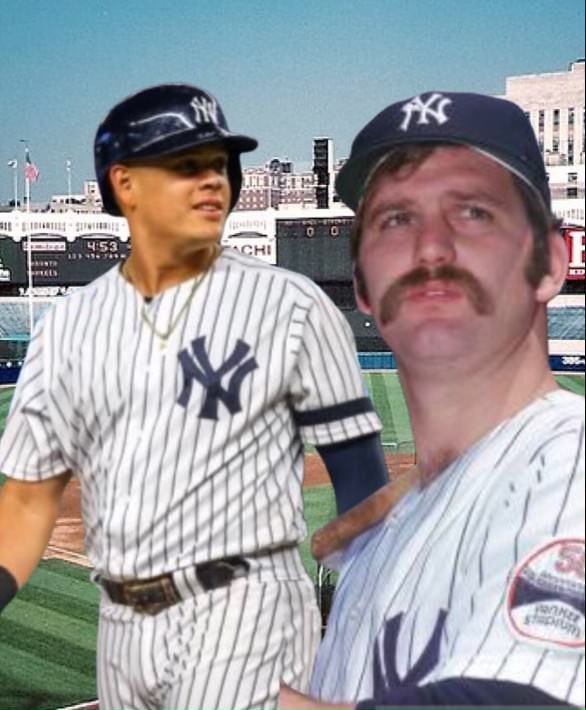 From Stanley to Nettles, Gio has become his own man.

When the Yankees first got Gio Urshela from the Toronto BLUEJAYS for 25 thousand dollars, they thought they were getting a player that could help their triple a team (Scranton – Wilkes Barre) and at the same time in an emergency could help the big club.  On the 1978 Yanks … 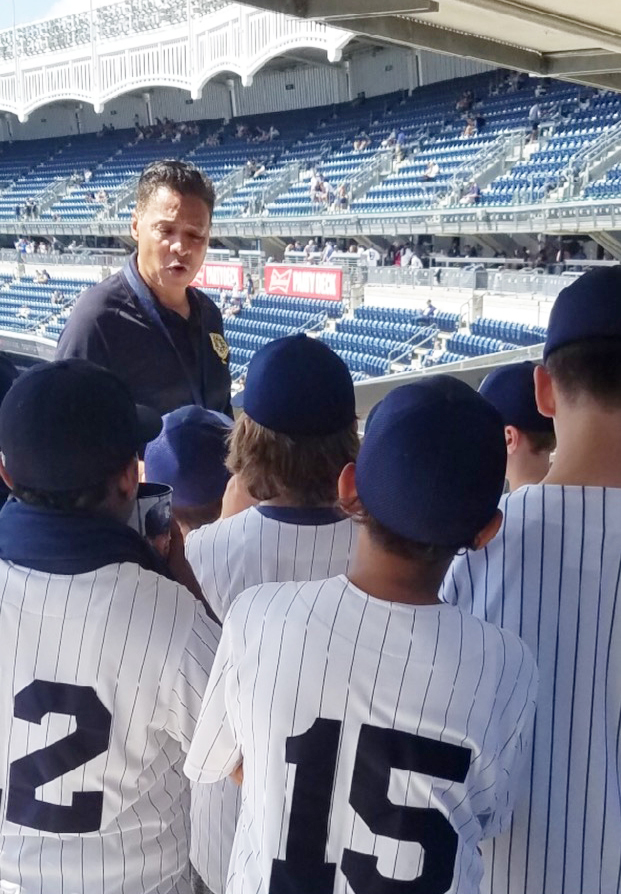 The Gio Urshela all stars got to visit Yankee Stadium for the first time as a team. The kids come from the Bronx and extend all the way to Connecticut. Once at the stadium I get to take the kids around the ball park and I explain how everything works. They got to visit monument park and learn about all the greats there. They learn about the history of the retired uniform numbers then they get to visit the Yankees museum. While there I love talking to them about the story of Thurman Munson’s locker. 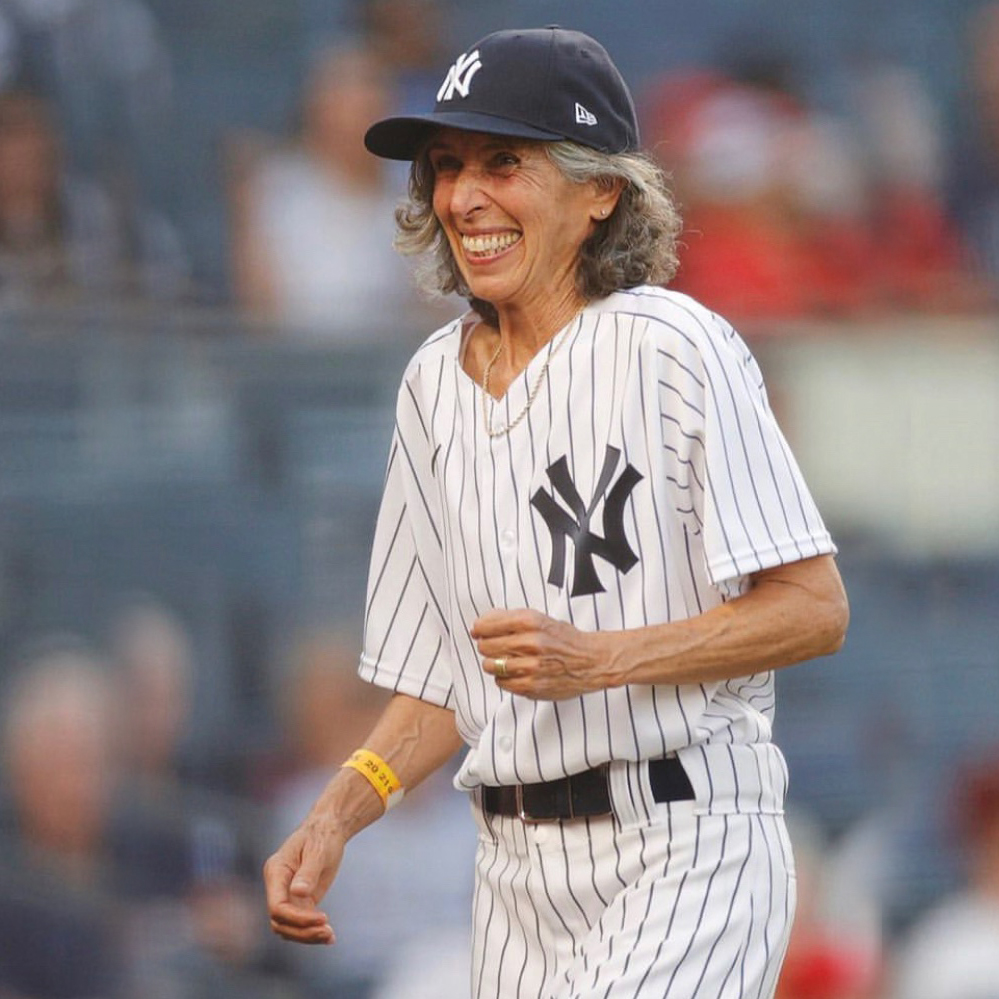 On Hope Week, Yanks do what they do!

The Yankees may not be playing like we are accustomed to seeing them play at the moment however they never forget Thier responsibilities to Thier fans off the field. Yes the number one priority is to win but ever since George Steinbrenner purchased the team in 1973 he always found it important to do the right thing for the people of New York. 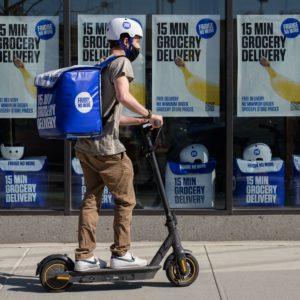 The Rise of Grocery Delivery Apps 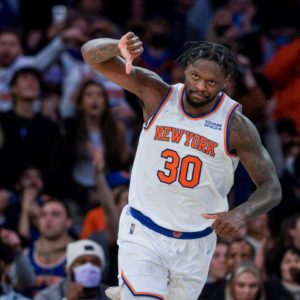 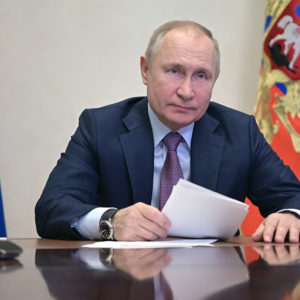 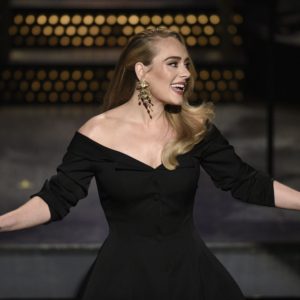 Avatar 2: Should We Care?