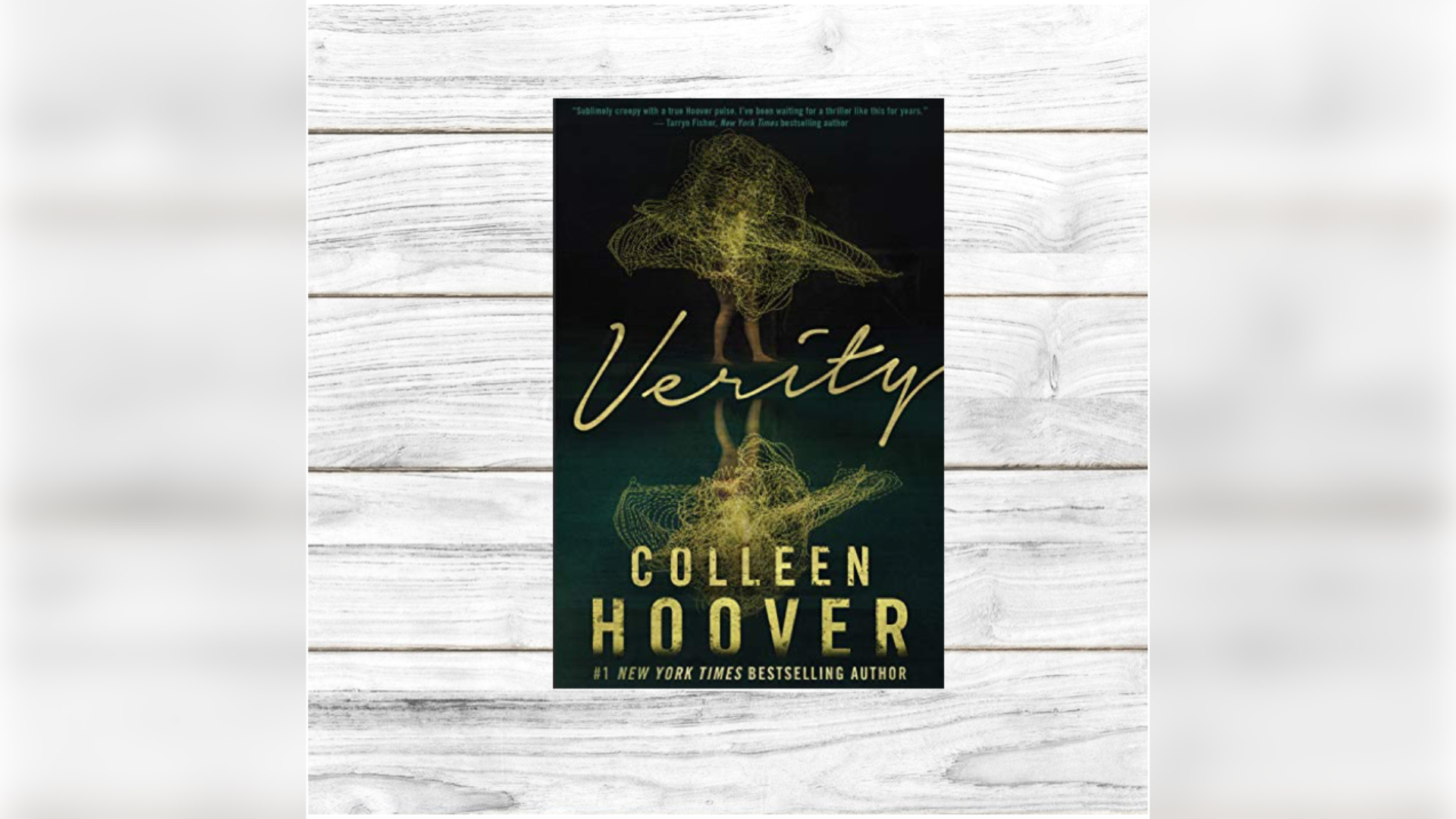 If you are on TikTok, you have probably heard of Colleen Hoover. Her most famous book, ‘It Ends With Us’ seemed to be receiving praise throughout the social media platform. Throughout time, more of her books started to receive more recognition, and before you knew it she was the queen of BookTok.

Just recently, I read another one of her popular books called, ‘Verity’, and it was definitely different from her usual novels. But today, I’m going to be reviewing the entirety of the novel, and be warned…there will be spoilers.

‘Verity’ by Colleen Hoover tells the story of “struggling writer Lowen Ashleigh who is on the brink of financial ruin. It’s not until she accepts the job of a lifetime, where it seems like her life starts to take a turn. Jeremy Crawford, husband of bestselling author Verity Crawford, has hired Lowen to complete the remaining books in a successful series his injured wife is unable to finish.

Lowen arrives at the Crawford home, ready to start working through years of Verity’s notes and outlines in hopes of helping her complete the series the way Verity would have wanted it. What Lowen doesn’t expect is to find an unfinished autobiography written by Verity herself. Page after page Verity’s bone chilling admissions, including what really happened the day her daughter died are revealed.

Feeling as though the manuscript would devastate the already grieving father, Lowen decides to keep it hidden from Jeremy. But as Lowen’s feelings for Jeremy begin to grow bigger, she recognizes all the ways she could benefit if he were to read his wife’s words. After all, no matter how devoted Jeremy is to his injured wife, a truth this horrifying would make it impossible for him to continue to love her.”
Now that’s the synopsis behind the book, but let me tell you the story is much more complicated than it seems. Time for the review!

As Lowen reads the manuscript, she finds out that Verity is actually a psychopath. Verity talks about all the ways she was obsessed with Jeremy, and how she would be pregnant with his children. She was deeply jealous of the attention he would give them instead of her. It’s also revealed that once her children were born, she had attempted to kill one of them by making it seem like an accident.

At the end of Verity’s manuscript, we see how she killed one of her daughters by drowning her in the lake. She told everyone it was an accident, and it seemed like for a moment everyone believed her.

The manuscript is creepy enough. But throughout the novel we see moments were Lowen seems to believe that Verity is faking her ‘brain-dead’ injury, and is actually fully functional. Not only does Verity’s son imply multiple times that his mom “talks” to him, but at one point when Jeremy and Lowen seem to be…getting it on…Lowen sees Verity standing on the stairs looking down at them.

After searching for proof, Lowen tells Jeremy that Verity is not injured, and after showing him the manuscript, Jeremy seems to go into a blinding rage. He walks into Verity’s room threatening to call the police if she doesn’t wake up, and once she does, he tries to kill her. Lowen tells him that he has to make it an accident or else he will go to jail, so he does. By the end of the novel, they’ve killed Verity.

Now, the very end of the novel fast forwards to 7 months later. Lowen is pregnant with Jeremy’s child, and the pair are together and in love. They are back at the old home which Jeremy and Verity lived in together, and it’s here where Lowen makes another discovery.

It’s revealed that Verity left Jeremy a letter saying she was planning on running away with their son. It’s also revealed that the whole manuscript was just a writing exercise given to her by her editor. Because Verity’s novels are in the point of view of the villain, her editor told Verity to write journal entries of her own life but with a villain mindset. So Verity would write about things that happened to her, but change it so that she was the villain. In doing so, she would be able to write her novels better.

Now, the question we ask as the reader is, who do we trust?

Clearly, Verity is an unreliable narrator. The manuscript could be real, and the letter could just be her trying to cover up her tracks. On the other hand, maybe she was telling the truth in the letter, and the manuscript was all part of a silly writing exercise.

Also, is Lowen a reliable narrator? Most of the novel is in her point of view, so one might assume yes, but thinking deeper into it, it seems like she might not be.

When she found Verity’s letter, she tore it up and flushed it down the toilet. Her reasoning being that Verity was manipulative, and if Jeremy found this and thought he killed her when she was actually innocent, he would never be able to recover.

But from the start of the book we see Lowen show interest in Jeremy. So, could her motif for not showing Jeremy the letter be that she doesn’t want him to leave her? Could her motif throughout the entire book be trying to get Jeremy to love her? Was she trying to get him to turn against Verity so he would be with her instead?

The ending of the book definitely leaves you thinking. But in summary, I definitely recommend you read this. I finished it in one day. It’s a good read, keeps you on your toes, and it’s entertaining! 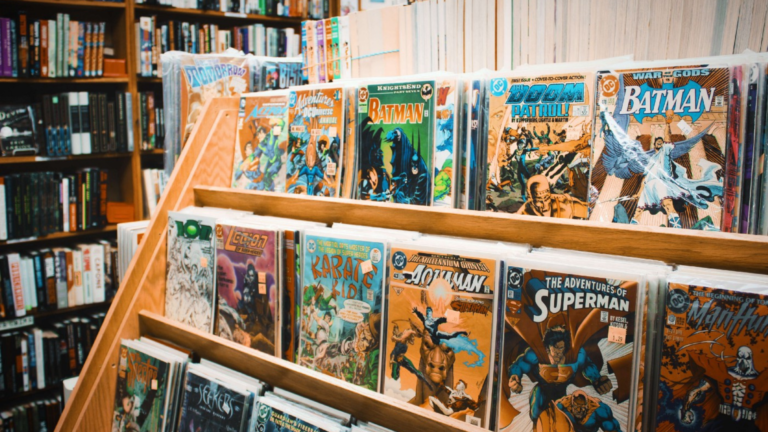 Graphic Novels: A Gateway to Reading

In a society where we value the educated class, by giving those with better degrees higher salaries and more credibility, we are often too quick to sneer at the underappreciated gem that fuses art and literature, graphic novels. In our society we are taught to esteem ourselves on things like our grades, reading levels, advanced vocabularies, and overall intellect. We are told to read the classics and books that are on par with this standard, leaving comics and graphic novels to waste away with the picture books of our childhoods. After all, that’s all they are right? Picture books? Far too simplistic and remedial to have any real substance, right? Wrong.

As a big Twilight fan, I couldn’t wait to get my hands on Stephanie Meyers’ new novel Midnight Sun since it tells the story of Twilight from Edward Cullen’s perspective. It has been 17 years since Twilight was published, so this book definitely made me nostalgic for the “Twilight craze days” back in 2006-2012 when the books and movies were insanely popular.

5 Most Anticipated Book to Film Adaptations for 2023

Book to film adaptations have become some of the favorite choices for cinema goers, If you’ve read the book chances are you are going to have a good time with the movie. While some adaptations out there have been definite misses, not doing the novels any favors, it’s still fascinating to find out your favorite book is coming to the big screen. These are the top 5 most anticipated book to film adaptations coming out in 2023. 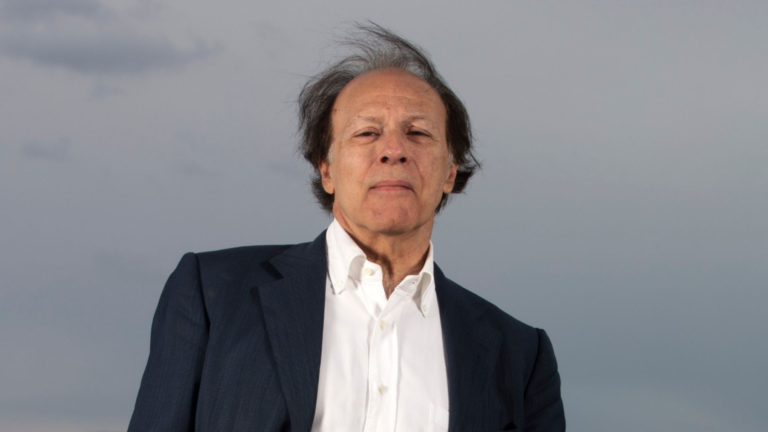 Spain-based publisher Alfaguara has confirmed the death of internationally renowned Spanish novelist Javier Marías. He was 70 years old, and passed away at a hospital in Madrid Sunday due to complications from pneumonia. Javier Marías was a global literary force known for being a master at his craft. His fame rests on his 15 published novels, which have sold more than 9 million copies worldwide and have been translated into 46 languages. 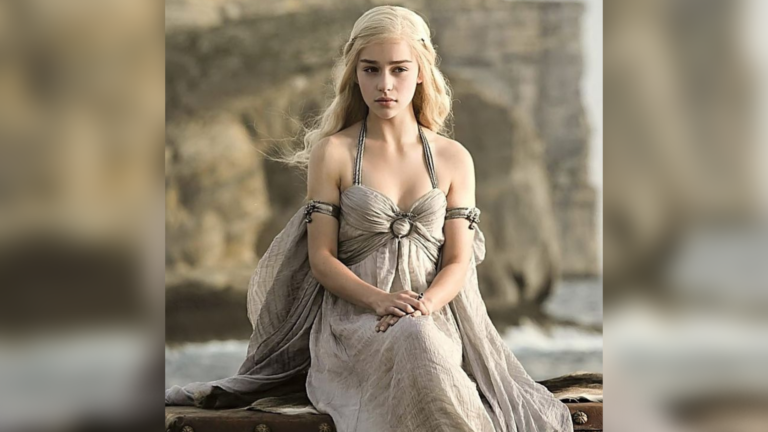 Fantasy’s of Rape in Game of Thrones