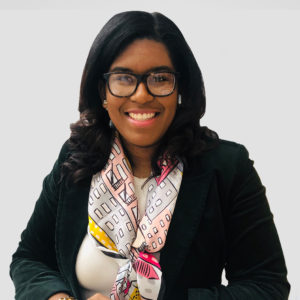 On Tuesday, March 30, President Joseph R. Biden announced that he plans to nominate prominent judge, Judge Ketanji Brown Jackson, to the federal appellate bench. This promotion is causing new conversation to stir around speculation that Jackson may have a future in the Supreme Court, making her the first Black female to sit on the bench.

Judge Ketanji Brown Jackson is currently a U.S. District Court judge who was appointed to the federal court by former President Barack Obama in 2013. Most recently, President Biden nominated her to serve on the U.S. Court of Appeals for the District of Columbia Circuit. If her nomination is approved, she will be taking the place of Merrick Garland, who resigned when he was confirmed as the next U.S. Attorney General.

A few years ago, when Jackson’s name was brought up in conversation, especially in regard to becoming a Supreme Court nominee, many thought that she would be a longshot. Especially after the highly polarizing last four years the U.S. has had with 3 conservatives filling the Supreme Court bench under former President Trump’s term.

However, during his campaign trail, President Biden “vowed to nominate a Black woman to the U.S. Supreme court if the opportunity” ever arose. Her spot on the powerful D.C Circuit – historically a springboard to the Supreme Court – has further solidified that she may be getting ready to take on a new role.

Biden’s first opportunity to follow through on this campaign promise would come if “Associate Justice Stephen Breyer, 82, retires sometime before the 2022 midterm election.” Jackson is only 50-years-old, and could serve decades on the Supreme Court bench.

During President Biden’s announcement of judicial nominees, he also nominated a total of ten other attorneys to a variety of federal, district and superior court posts, including nine women and a New Jersey lawyer who could become the first Muslim federal appeals court judge.

“This trailblazing slate of nominees draws from the very best and brightest minds of the American legal profession,” Biden said in a statement Tuesday. “They represent the broad diversity of background, experience, and perspective that makes our nation strong.”

Alongside Jackson, two other Black women were nominated to appeals court positions, including former federal public defender Candace Jackson-Akiwumi for the Seventh Circuit based in Chicago and attorney Tiffany Cunningham for the Federal Circuit based in Washington, D.C.

At the New England Council and Saint Anselm College’s “Politics & Eggs” event yesterday morning in New Hampshire, Mike Pence revealed that if he was called to testify regarding the details of the Jan. 6th capitol riots in front of the committee investigating the incident, he “would consider it.” Following the loss of Trump and Biden in the 2020 election, Pence began to vocalize his lack of tolerance for Trump’s extremist attitudes.

For most, the last moment they’d announce running for presidency is hours after they’ve experienced a defeat in their home state. On NBC’s “Today” show, Rep. Liz Cheney (R-Wyo. ), who had just suffered a 37-point loss in her GOP primary on Tuesday, floated the idea of running for president in 2024.

The Worlds Food Crisis is About to Get Worse

After six months of fighting between Russia and Ukraine – two farming powerhouses – a teetering global food system was plunged into a full-blown catastrophe, leaving millions of people facing starvation. The war between Russia and Ukraine is already fueled by climate change, soaring living costs, and a fertilizer price hike that is causing the most extreme global food crisis we have seen in decades. A U.N. brokered agreement to reopen the Black Sea for food ships may not be enough to relieve millions of people struggling to eat across the Middle East, Asia, and Africa.

Why Liz Cheney Lost Support Of The Republican Party

The pending reelection of Wyoming Representative Liz Cheney, daughter of former Republican Vice President Dick Cheney, is not looking too promising ahead of the Wyoming primaries taking place tomorrow, August 16th. While Cheney formerly had an 80% approval rating and was widely adored by the GOP, support from the Republican party plummeted following her disapproval of former President Donald Trump’s involvement in the Jan. 6th capitol riots. She followed in her father’s footsteps as Chair of the House Republican Conference before being voted out in 2021 when she voted to impeach Trump following January 6th.