Negron’s Impact: Hank’s Yanks Are The Angels With Dirty Faces in Stano

If your an old movie buff, you might remember the great movie Angels with Dirty Faces, which was done in 1939 with the great James Cagney. Then there was the great film, They Made Me Criminal. That film starred John Garfield a wonderful actor who got caught up in the communist hearings of the 1950s and basically got blacklisted.

Both of these films were critically acclaimed by a very tough media at the time. Both of these films co-starred The Dead End Kids. They were a gang of kids that came from New York. A big producer spotted these kids tested them and took a shot with them in a film and the rest is history. They would go on to great fame doing their own movies, also known as the Eastside Kids and later The Bowery Boys.

The latest film project that I’m working on is called Stano.  It’s a great story about a kid from Arthur Ave in the Bronx who because of his natural baseball ability has the world at his feet until he makes a tragic mistake and must pay the price.

This film Stars Joe Manganiello as Sonny Stano and Sofia Vergara as the love he left behind.

The film also has a group of kids that were originally taken from the tough streets of New York over ten years ago by Hank Steinbrenner to form the first Hank’s Yanks baseball team. Many of these kids went from street gangs to go on and get college educations and a few of them went on to play professional baseball.

This past week I got to see Manganiello do a scene with Brandon Martinez, an original Hank’s Yank and to say that it brought tears to my eyes would be an understatement .

Brandon just finished his final year of college and expected to be drafted in the Major League Baseball draft. For what ever reason it didn’t happen. It broke his heart and it broke my heart even more because as their manager these kids become your sons. I could only tell Brandon and his dad Angelo that everything happens for a reason.

Well, that reason has become Stano. Brandon’s other love interest was the arts and it’s become story book the way this has happened for him.

My other player on the film is Bryan Dromerhauser a catcher on Hank’s Yanks who also should be playing pro ball, but just didn’t get the break. Bryan was studying acting in California when I call him about Stano. No one gave Bryan anything. He went to the audition and just took the part. Another bad boy on the film is Anthony Rossati. A terrific pitcher that reaches 95 on the radar gun but just didn’t get the chance.

In all, there are about eight Hank’s Yanks players involved in the film and they are having the time of their lives.

When I watch Manganiello doing his scenes with these kids it reminds me of those two great films and it makes me wonder if that’s the way it was working with Cagney and Garfield.

I asked Brandon what did he get out of working with Joe and he said how natural and yet intense he was in such a strong scene.

The players love how such an established actor like Manganiello can be so generous in making them feel like they belong.

Kudos to a wonderful script written by Robert Bruzio a true Bronx boy from Arthur Ave .  Filming will continue all throughout New York City until the end of September and the film is directed by the terrific Raymond Defelitta.

Weekends Belong To Ray on 1050 ESPN Deportes. Read him on Newsmax. 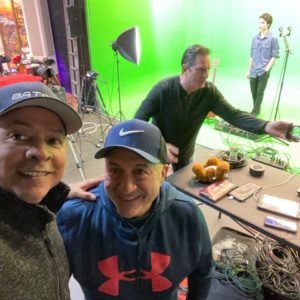 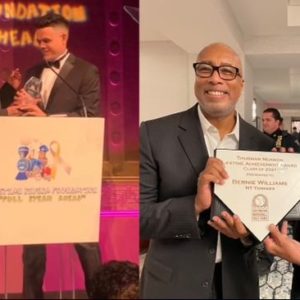 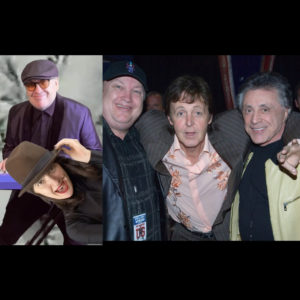 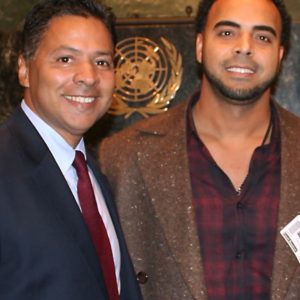 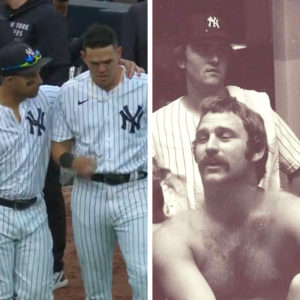 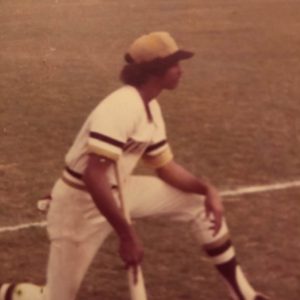