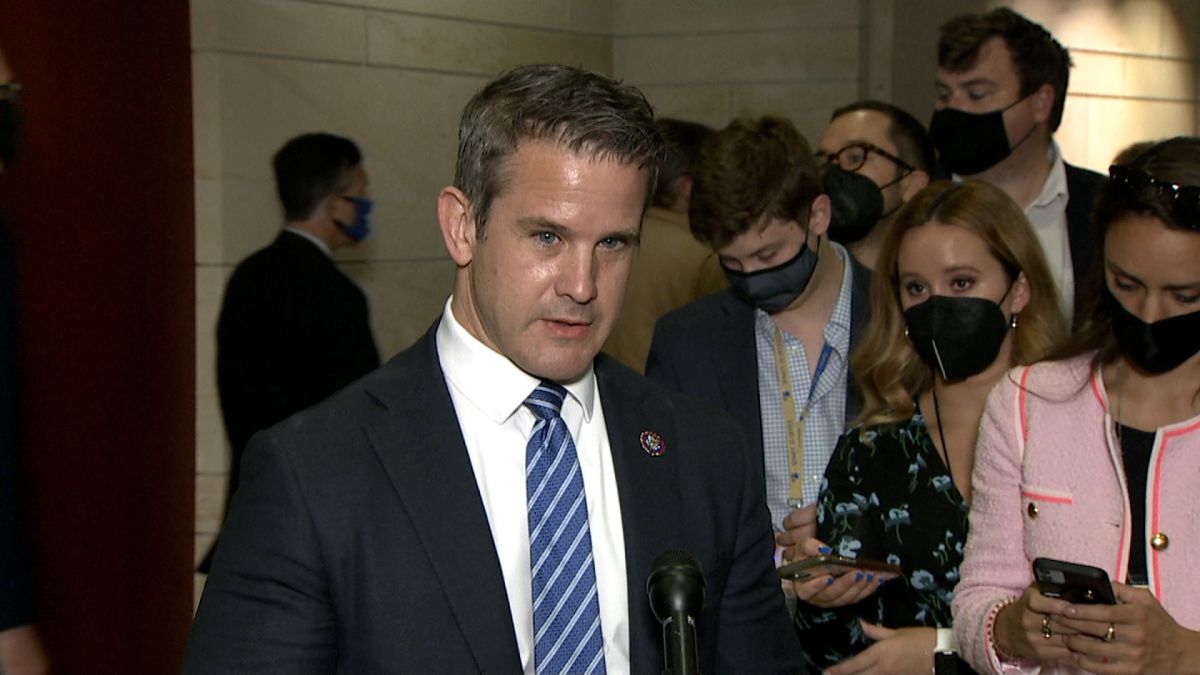 After Democratic House Speaker Nancy Pelosi rejected two Republican nominees from House Minority Leader Kevin McCarthy for the Committee to investigate the January 6 Capitol Attack, he retaliated by pulling all of his Republican choices, making it a mostly partisan committee. Now, however, Pelosi has appointed a Republican of her own to sit on the panel, Illinois Rep. Adam Kinzinger.

Kinzinger is a long, outspoken critic of former President Trump, even calling for his removal from office the day after the deadly attack on the Capitol from his supporters that he helped incite. Kinzinger becomes the second Republican on this committee, the other one being Rep. Liz Cheney, of Wyoming, who is also a Trump critic and was appointed by Pelosi.

In a statement after being selected, Kinzinger said, “I swore an oath to uphold and defend the Constitution — and while this is not the position I expected to be in or sought out, when duty calls, I will always answer.”

Last week, McCarthy appointed Reps. Jim Jordan, of Ohio, and Jim Banks, of Indiana, both of whom supported and perpetuated the lies that the 2020 election was stolen from former President Trump, which caused angry supporters to storm the Capitol. Pelosi rejected the two nominations, and McCarthy pulled all five of his Republican selections as a way of revolting against the committee.

McCarthy has railed against Pelosi for her two Republican choices and has even attacked Kinzinger and Cheney themselves for accepting the role, threatening punishment against them. According to the New York Post, he labeled them as “Pelosi Republicans,” and calling out Pelosi for rejecting his two nominees. He said, “In the history of Congress never has a speaker done that. … She’s broken Congress. Then it just makes the whole committee a sham and the outcome predetermined.”

Cheney has responded to McCarthy’s attacks, calling them “childish,” with Kinzinger agreeing.

“We’re doing big things right now. We’re getting to the answers of the worst attack on the Capitol since the War of 1812. He can call me any names he wants. I’m a Republican. Kevin McCarthy is technically my Republican leader. And to call, you know, members of Congress by childish names like Donald Trump used to do, I guess it’s just kind of par [for the course],” Kinzinger said in response.

When asked about the January 6 attack, McCarthy, and most other Republicans, downplay the events or say that they don’t talk about that day. While Pelosi has been accused of making the committee a mostly partisan one with a lack of diverse viewpoints, McCarthy did have his chance to have some of his voices on there, but he made too big of a push with Jordan and Banks. Now, Pelosi will get the answers she’s looking for about the attack without Republican disruption.

French government officials are not happy about U.S. president Joe Biden’s decision to share nuclear-powered submarine technology with Australia. Biden’s plan will also end a $90 billion deal that Australia had with France for conventional submarines.

Is Nicki Minaj headed to Washington? Per Minaj’s viral controversy surrounding erroneous tweets made by her concerning skepticism about the COVID-19 vaccine, The White House has officially invited Minaj to a conversation with a top health official to discuss her concerns.

Alexandria Ocasio-Cortez vs. The Met Gala

Two days ago, on September 13th, one of fashion’s biggest nights took place in New York City. The Met Gala is a fundraising benefit for the Metropolitan Museum of Art when the world’s most prominent actors, musicians, athletes, designers, models, and Hollywood stars convene for dinner and light conversation.

The White House announced on Thursday that President Joe Biden is nominating a Vermont judge who has played a critical role in paving the way for the legalization of same-sex marriage to become the first openly LGBT woman to serve on a federal circuit court.

U.S. Rep. Alexandria Ocasio-Cortez attended the 2021 Met Gala on Monday night, and the politician came with a political message on her gown. The New York Democrat wore a floor-length white gown with “Tax the Rich” written in red on the back of the dress, which was designed by Aurora James.