﻿Wearing a Yankee uniform is truly one of the greatest honors that anyone can ever have. I got to wear one as the Yanks batboy.

Because of the incredible relationship that I had with that crew of players in the 70s made it that much more special.

The Thurman Munson’s and the Bobby Murcer’s and the Lou Piniella’s really made you feel like you were a part of the team.

Even though I didn’t have a number on my back it didn’t bother me because on the front I had the interlocking NY. When on the road it said, New York.

I was actually a pretty decent shortstop who was like a sponge. I couldn’t get enough tutelage from Gene Michael and Sandy Alomar. The double play combo of that era were great teachers and mentors to me. It didn’t surprise me that Alomar’s son Robby would become the greatest 2nd baseman of all time.

Naturally, I had the greatest hitting coach in outfielder Piniella. Lou was very generous in his knowledge of hitting and if I wanted to learn he was willing to teach. One time he came out of the shower after a game and with his towel wrapped around his waist he grabbed a bat and showed me what I was doing wrong in the batting cage earlier that day. The thing that I found funny was that as he was going through his stance his towel fell off however Lou didn’t skip a beat even though his private parts were showing.

That following season I knew I was going to get drafted by a Major league team, the question was which one. Naturally, I was hoping it would be my beloved Yankees.

Unfortunately, I ended up getting picked by the Pittsburgh Pirates in the 2nd round. I was excited about the fact that the Pirates took me so high but I was disappointed that I wasn’t going to be a Yankee. It bothered me so much that I even thought about not signing and waiting for the next draft, however, several players said that I would be crazy not to sign. Another player said that I might not get that chance again so I signed up and went to Bradenton Florida for training camp. I remember how sad I was because I was going to miss the excitement of being in a Yank’s uniform around the Major league scene.

When I got to Pirate City and I got walked into their lobby, there stood a giant picture of the greatest Pirate ever, Roberto Clemente.

All of a sudden everything that I had learned about the man that was known as the great one in Pittsburgh came to my head.

The fact that like me he too was Puertorican gave me comfort and confidence about myself.

When I got into the large Pirates locker room I was amazed because they had all the different minor league teams there starting with the rookie league all the way to triple-A.

One of the first players that I would meet was a black 2nd baseman from Brooklyn named Willie Randolph. Willie was signed by the same scout as me. He could tell that I was nervous so he just patted me on the back and said if you need anything let me know. That would be the start of a 45-year friendship. The one thing that stood out was when the equipment guy brought me my uniform Willie said feel proud kid, you get to wear the same uniform as Robert Clemente.

I remember putting on the Pirates shirt and wondering if that’s how Clemente felt. I remember Looking at Willie and as he was about to go out on the field he looked into a mirror and adjusted his Pirate cap so that it would be perfect. It reminded me of watching the great movie, The Pride of the Yankees and Lou Gehrig doing the same thing so I started doing it before I would step onto the field. It became such a habit for me that one day the trainer who had been there a long time told me that Clemente always did that.

My life as a Pirate wasn’t a long one but it was truly a memorable one for me especially because of the fact that a kid from Brooklyn (Willie Randolph) was there to be a young mentor to me and remind me that like the great Roberto Clemente, I too was a Pittsburgh Pirate (Even though my heart was with the Yankees) 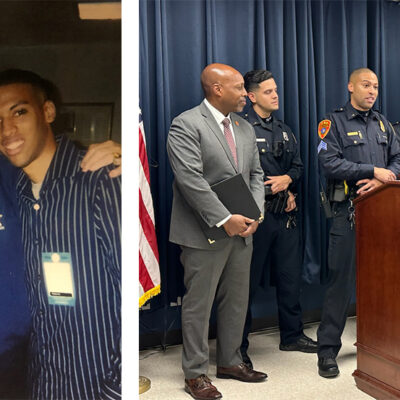 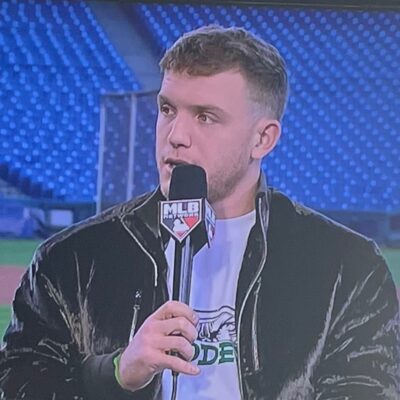 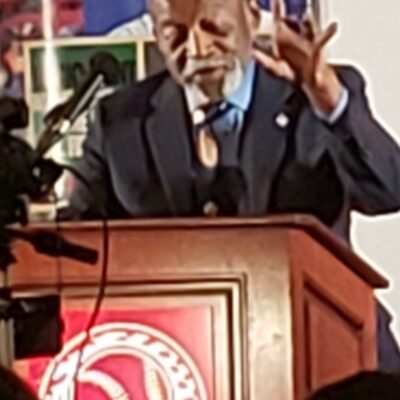 Ray Negron Thursday, October 13, 2022
PrevPreviousBecoming an Aaron Judge takes help of many
NextThe dream that could have beenNext
View Playlist