Ranking All Marvel TV Shows From Phase 4… So Far

Marvel has been releasing TV series all year long exclusively on Disney Plus, and most of them have been praised by critics and audiences for its uniqueness and character building. Today, I’m going to be ranking all the shows from Phase 4 so far, so there will be major spoilers ahead.

Perhaps one of Marvel’s most unique shows to date, WandaVision follows Wanda/Scarlet Witch (Elizabeth Olsen) as she deals with the pain of losing Vision (Paul Bettany). The series smartly pays homage to past TV sitcoms over the decades while telling a compelling story about grief.

The show also took its time to slowly set up a mystery that has generated crazy fan theories online as each episode progresses. While the last episode may be a little lackluster compared to the build up from previous episodes, the story Wanda making peace with Vision’s death is still powerful.

Olsen and Bettany gave their best performances in the MCU yet, and Kathryn Hahn steals the show with her charismatic Agnes/Agatha Harkness, who quickly became a fan favorite. The creativity mixed with the brilliant performances and storytelling makes WandaVision number one on this list.

Loki is easily one of Marvel’s most complex TV shows yet. The series serves as a character study for the God of mischief. For the first time, fans get to see Loki being completely honest, fearful, and in love. The immense growth of the titular character is what makes the show work.

The multiverse storyline and branch realities might be as complicated as Loki himself, but Tom Hiddlestton is as charming as ever, and with the help of Owen Wilson as Mobius and Sophia Di Martino’s Syvile, Loki is among the best shows Marvel has created, and we could not wait to see how Kang (Jonathan Majors) plays a bigger role in season two.

Hawkeye is a show that starts off slow, perhaps a little too slow in some parts, but it all pays off as the series goes on, with each episode getting better and more intense than the last. Jeremy Renner and Hailee Steinfield’s chemistry on screen is unbeatable and quite goofy, much like Clint Barton and Kate Bishop themselves.

Although Florence Pugh’s Yelena is also brilliant in the show, Hawkeye didn’t fall into the same trap of Black Widow by giving too much storyline towards Kate. Clint also has an arc that needs to be completed, especially after losing Natasha in Endgame.

The grounded take of Clint’s story is a breath of fresh air for all the MCU series, and with the return of Vincent D’Onofrio’s Wilson Fisk/Kingpin, fans are dying to know how Daredevil will play a role in the future of the MCU.

As MCU’s first animated series, What If?… follows The Watcher (Jeffery Wright) as he explores the alternative timelines in the multiverse along with the audiences. Although the show is beautifully animated and has great performances from most of the MCU casts, there are more forgettable episodes than there are memorable ones.

The show did serve the fans by diving into the different scenarios and many of them have great potential, however, it feels like some of these episodes are still yet to be completely explored and has left more questions than answers.

Falcon and the Winter Soldier seem to be the opposite of Hawkeye. The first few episodes have built up many great storylines and characterizations for Sam (Anthony Mackie) and Bucky (Sebastian Stan), but the writing fell off as the show went on.

The show does have many great moments between the two leads and touches on many social issues in the country throughout each episode, however, the thinly written plot and antagonists made the finale one of the biggest disappointments in all of the MCU TV shows so far, and not because it was bad, but because one can’t help but wonder how much better it could’ve been.

Netflix Psychological Thrillers to Binge Over the Weekend

Political corruption, murders, time travels, mystery islands, and secret spies, this selection has some of the best new thriller additions to the Netflix catalog. They are all 6 episode long or less, which make them perfect to binge-watch during the weekend.

Netflix May Introduce Ads by the End of 2022

Netflix is planning to introduce a lower-priced tier that includes ads. They want to do this in the last three months of the year and they are also researching password sharing among their subscribers to make a better profit. This left the industry shocked as Netflix formerly committed to not having commercials on the streaming platform again. Looks like they changed their minds.

Disney+ recently released a new trailer for the new Star Wars series, Obi-Wan Kenobi. The limited series is set to have six parts and will be premiering on May 27 with the first two episodes. Initially, the series was supposed to be released on May 25 but was pushed back two days and will now premiere on the second day of the Star Wars Convention Celebration in Anaheim, California. Following the premiere, the series will release the next four parts weekly on Wednesday until the finale on Wednesday, June 22. 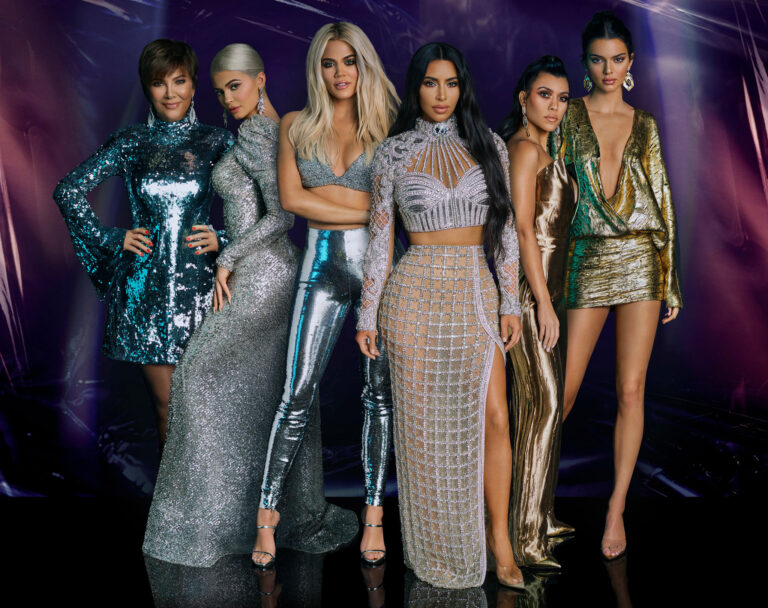 In an era when the fog of reality TV being “real” seems to have lifted, the new Hulu show centered around the Kardashian family doesn’t hold the same appeal as the original. While I’m no stranger to the fact that the world will watch anything the famous family does, from taking a total of two bites of their food to extravagant parties. The Kardashian’s fame was never in question after they decided to end their E! Network show Keeping Up with the Kardashians after 14 years. What seems to be different about the new show, The Kardashians, is the increased control they have over what is actually shown to the public.

The Scoop on the Disney+ Series, “Moon Knight”

It is no surprise that the new Disney+ Series, “Moon Knight” is capturing the attention of fans near and far. The hit series starts with museum worker Steven Grant, played by Oscar Isaac, who finds himself blacking out, losing time, experiencing vivid dreams, and remembering another life. When he is granted the powers of an Egyptian moon god, he finds that having such power is both a blessing and curse.

PrevPreviousKenan Season 2: What to Expect
NextWhat Does The End Of Hawkeye Mean For The MCU?Next
View Playlist