The Problem With Marvel’s Formula

Marvel films have been a part of most moviegoers’ lives for the past decade, and while most of them are entertaining and heartfelt, there have been formulas with the way Marvel Studios make their movies. Today, I will be analyzing the problems of this “Marvel formula.”

Marvel tends to follow the usual superhero structure. They introduce the new characters in the first act, the characters learn some secrets in the second act, and then there’s a big CGI battle at the end of the movie.

This formula has been the structure not only for Marvel films, but most movies in the superhero genre as well. The formula itself is not really a problem, because why fix something that works? The problem comes in when the movie forces itself to have these elements and therefore sacrifices the story they wanted to tell.

Some recent Marvel content has made this issue very clear. Before I start, let me say that I am a huge MCU fan and I loved 90% of the movies and TV shows, however, this doesn’t mean that we can’t dissect the issues in these films.

Take the recent Black Widow (2021) as an example, the movie tried to discuss many topics in Natasha’s life, but because of the “required” CGI battle, we lost a lot of what could’ve been some of Marvel’s best films. The formula doesn’t allow the story to breathe and sink in and makes the film seem like it’s doing too much.

Natasha’s past and her family was a key part of the movie, but the writers tried to throw in Taskmaster and General Dreykov just for the sake of it, which takes away the emotional weight of the story.

I’m not saying that there shouldn’t be villains for a superhero story, nor am I saying that the formula doesn’t work. It works for plenty of Marvel films like “Guardians of the Galaxy,” “Captain America: The Winter Soldier,” or “Black Panther,” but the point is that the story has to make sense and allow it to be translated to the audience first before the big action fight scenes.

Marvel has many great actors working for them, even some Oscar winners. They have to understand that sometimes with a good story and some great performances, the audience doesn’t necessarily need an over-the-top action scene every 30 minutes. Shows like “WandaVision” or “Loki” are great examples of character studies before anything.

The company also has a history of controlling what a director can or cannot do in a Marvel movie. Hopefully, with directors like Chloé Zhao, Ryan Coogler, and James Gunn joining or returning to Marvel, the studio will let these directors have the creative freedom to explore outside the “Marvel formula we’ve been all too familiar with. 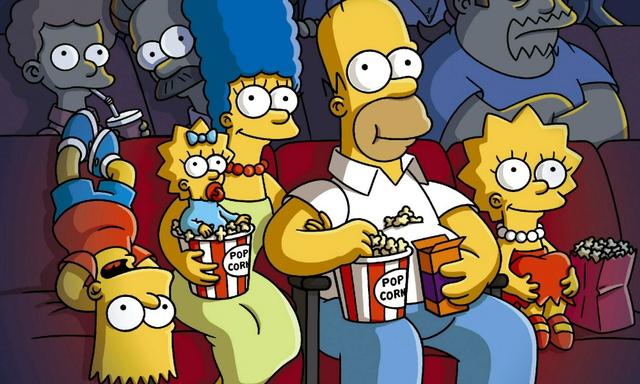 Al Jean Says That The Simpsons Movie 2 Is Possible

Another movie based on Springfield’s most famous animated family is still in development. NME published an article last week that features The Simpsons executive producer and showrunner, Al Jean, saying that another movie based on the dysfunctional family could still happen.

Ridley Scott is responsible for bringing us some classic action-packed films but don’t expect him to collaborate with the Marvel franchise any time soon.

Why Do So Many Musical Movies Fail

Musical films used to be one of the most popular genres in the world. There have been many timeless movies created from the golden age of musicals such as Singin’ in the Rain (1952), The Wizard of Oz (1939), West Side Story (1961), The Sound of Music (1965), and many more.

Does “He’s All That” Deserve the Hate?

If you are looking for a feel-good movie, “He’s All That” should be on your next movie night agenda.

Behind the scenes members of the film industry have planned a nationwide strike to start on Monday, unless an agreement is made to meet their demands.

A report in People magazine says that Alec Baldwin is canceling other projects after cinematographer Halyna Hutchins was fatally shot on the set of his film “Rust” last week in New Mexico.

PrevPreviousShang-Chi and the Legend of the Ten Rings: A Fun, Action-Packed and Emotionally Resonant, Ride
NextHorror BusinessNext