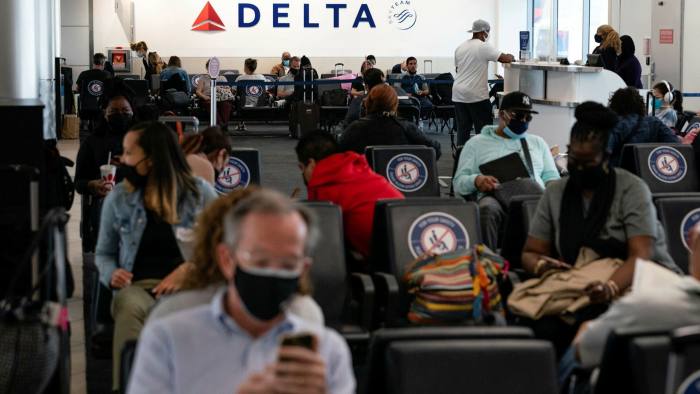 The White House has announced that the US does not intend to lift travel restrictions put in place because of COVID, due to the surging Delta variant of the virus that is taking over.

In an interview with CNN Monday, a White House Official said, “Given where we are today with the Delta variant, the United States will maintain existing travel restrictions at this point.” The Delta variant has become the dominant strain of the coronavirus, and the large amount of people who aren’t vaccinated make up most of the infected with the more contagious, and more deadly, strain.

With the number of cases on the rise and expected to increase in the coming weeks, now is not the time to lift any travel restrictions, according to the Biden administration. The tourism industry has reportedly been pressuring the President to ease the restrictions so that people could start traveling once again, but Biden sided against them in leaving the restrictions in place.

White House Press Secretary Jen Psaki said in a statement, “Driven by the Delta variant, cases are rising here at home, particularly among those who are unvaccinated and appear likely continue to increase in the weeks ahead.”

According to Reuters, the CDC has been discouraging travel from the US to the United Kingdom, as both countries have seen an increase in cases due to the Delta variant. Before the emergence of this new strain, officials all around the world were considering easing restrictions, but no decisions have been made to do that yet.

Under the current rigorous travel restrictions, the US does not allow non-citizens to come if they were in the UK, or most other European countries, over the last 14 days. Countries like Ireland, China, Brazil, and Iran also face the same restrictions in the US. These restrictions have been in place for over a year and a half, first being imposed with China in January 2020.

The Delta variant now accounts for almost 85% of all COVID cases in the US now, which shows its dominance and need for more people to get vaccinated. An overwhelming number of positive cases, hospitalizations, and deaths are coming from unvaccinated people, although breakthrough infections are occurring a little bit more frequently recently. Even so, the data from the CDC and health experts show that getting vaccinated is the most effective way to protect yourself against the Delta variant, as well as continuing to wear a mask indoors regardless of vaccination status.

At the top of the 18th annual TIME100 list are people most of society would guess to grace the cover.

Alexandria Ocasio-Cortez, otherwise known by her initials AOC, plans to introduce a bill that proposes the extension of unemployment benefits. She announced her plans during a virtual town hall on Tuesday.

Poverty Rates in the U.S. Dropped Last Year Due to Pandemic Relief Aid

Despite the havoc it created across the United States and the world, there is one more benefit that the Corona pandemic brought to the country. The U.S. Census reported on Tuesday that throughout the entire pandemic, the poverty rate declined in 2020 due to the stimulus checks from the government.

You might want to think twice if you are considering buying a house from the federal government. The National Public Radio reported on Monday that the Department of Housing and Urban Development (HUD) sells houses that are disproportionately located in flood-prone places.

Illustrious rapper, Nicki Minaj, is once again trending on social media. Her current buzz isn’t about a hot new released single, but rather, COVID-19.