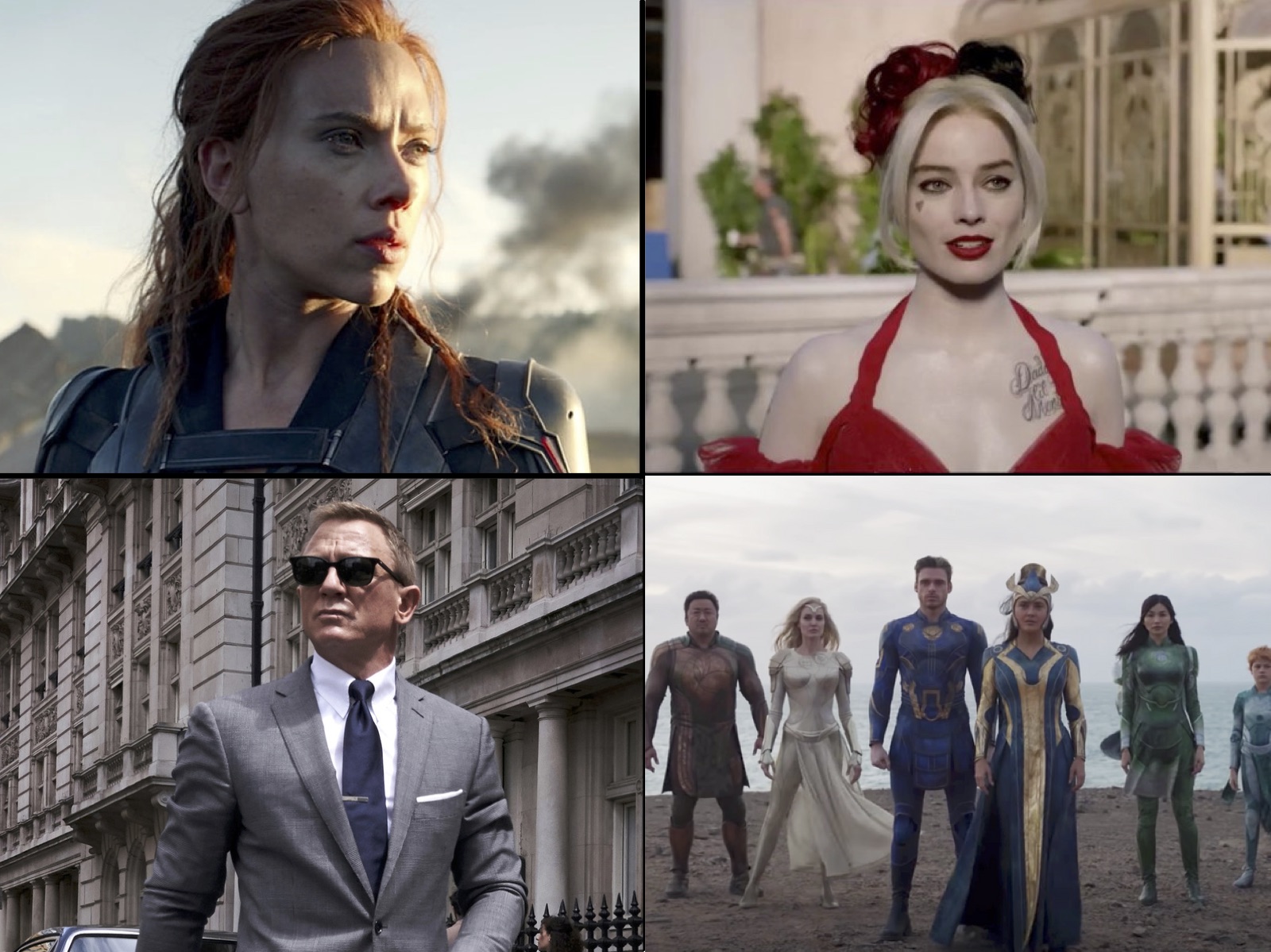 The Most Anticipated Movies for the Rest of 2021

As we enter the month of July, here are some of the most anticipated films for the next half of 2021:

After three delays due to the pandemic, Marvel’s Black Widow is finally coming out on July 9th. Scarlett Johansson returns one last time as the deadly assassin. The film will explore Natasha Romanoff’s past before she became an Avenger, with supporting cast Florence Pugh, Rachel Weisz, and David Harbour.

The Purge has generated three sequels and one TV show since its debut in 2013. The Forever Purge is set to be the fifth and final installment in the franchise. For the first time, the story takes place outside of any urban cities and suburbs; instead, the film is set in Texas and the audience will follow a Mexican couple as they try to survive the aftermath of the last purge.

The long-awaited sequel to the 1996 classic is finally hitting the big screen. NBA star LeBron James takes on the mantle and will team up with our beloved Looney Tunes characters Bugs Bunny, Daffy Duck, and Lola Bunny.

DC’s worst villains are coming together once again for the The Suicide Squad, a standalone sequel to Suicide Squad (2016). The film is written and directed by James Gunn, who also did both of Marvel’s Guardians of the Galaxy films. The star-studded cast features Margot Robbie, Viola Davis, Joel Kinnaman, Idris Elba, Sylvester Stallone, and John Cena.

5. Shang-Chi and the Legend of the Ten Rings

2021 seems to be a strong return for Marvel. Shang-Chi and the Legend of the Ten Rings will be the first MCU film with an all Asian and Asian-American cast, including Simu Liu, Michelle Yoeh, and Awkwafina.

The 25th film in the James Bond franchise is almost here after multiple delays last year, with Daniel Craig saying that it will be his last Bond film. Craig will star alongside Rami Malek, Lashanna Lynch, Ana de Armas, and Ralph Finneas.

The latest installment in the iconic franchise picks up 30 years after 1989’s Ghostbusters II. Bill Murray, Dan Aykroyd, Ernie Hudson, Sigourney Weaver and Annie Potts will all reprise their roles from the original movie.

The sequel to the 2018 reboot, Halloween, is set to release on October 15th. The film stars Jamie Lee Curtis and Nick Castle, both reprising their roles as Laurie Strode and Michaels Myers.

From the Oscar-winning director, Chloé Zhao, Eternals will follow a group of celestial beings as they have been secretly living on Earth for thousands of years. The film stars Angelina Jolie, Kit Harrington, Richard Madden, Gemma Chan, Kumail Nanjiani, Salma Hayek and more.

Not a lot of information has been released for the new Spiderman film coming this December, except for the title. Many rumors claimed that Tobey Maguire and Andrew Garfield will both reprise their roles as Peter Parker from different multiverses and fight alongside Tom Holland. Although nothing has been confirmed yet, fans all over the world are waiting to see the aftermath of Spiderman: Homecoming.