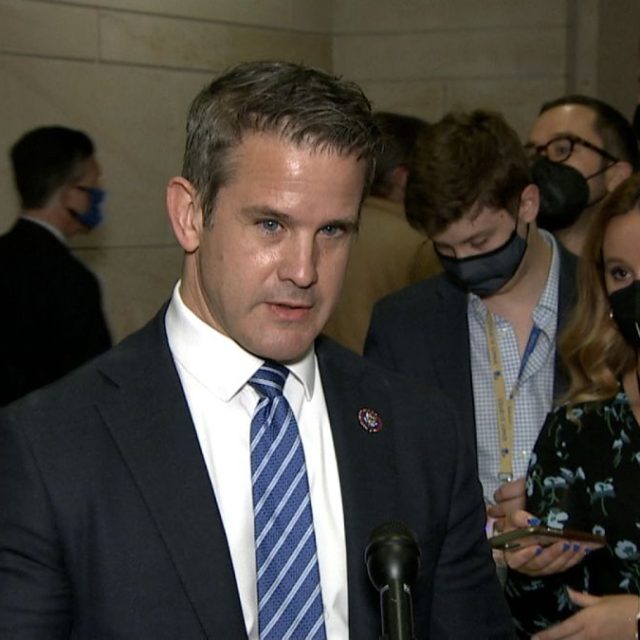 After Democratic House Speaker Nancy Pelosi rejected two Republican nominees from House Minority Leader Kevin McCarthy for the Committee to investigate the January 6 Capitol Attack, he retaliated by pulling all of his Republican choices, making it a mostly partisan committee. Now, however, Pelosi has appointed a Republican of her own to sit on the panel, Illinois Rep. Adam Kinzinger. Kinzinger is a long, outspoken critic of former President Trump, even calling for his removal from office the day after the deadly attack on the Capitol from his supporters that he helped incite. 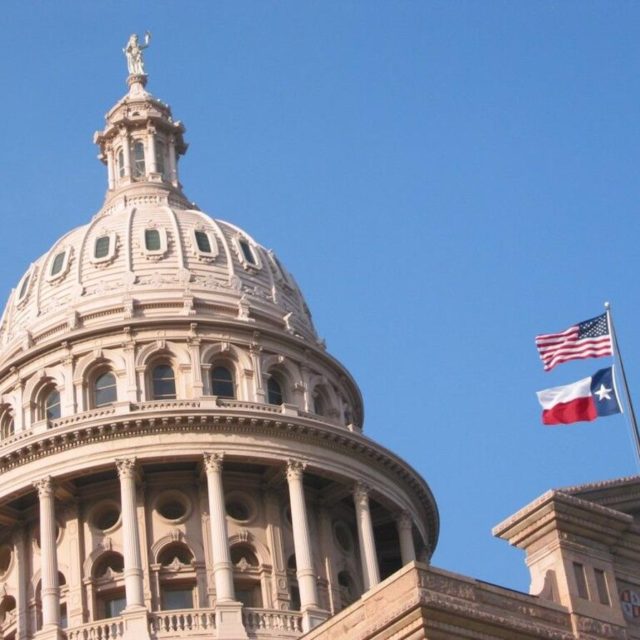 Texas has recently passed a bill that would cut many U.S. history topics in school curriculums, targeting subjects that point to racial inequality within the nation.

Senate Bill 3, says that a “teacher may not be compelled to discuss a particular current event or widely debated and currently controversial issue of public policy or social affairs.” 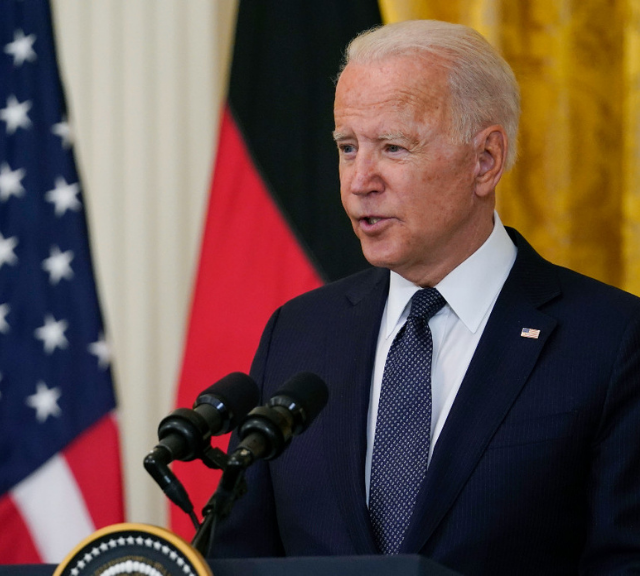 The Biden Administration is extending non-essential travel restrictions for the U.S. northern and southern borders until August 21. The President and his administration are now facing increasing pressure from allies and the travel industry to lift the restrictions. Officials said that Biden is trying to avoid the situation where the restrictions are lifted only to be put in place again in the near future. With the vaccination rate declining in the U.S. and the cases of Covid-19 and Delta variant rising, it’s been a tough decision for Biden and his administration. 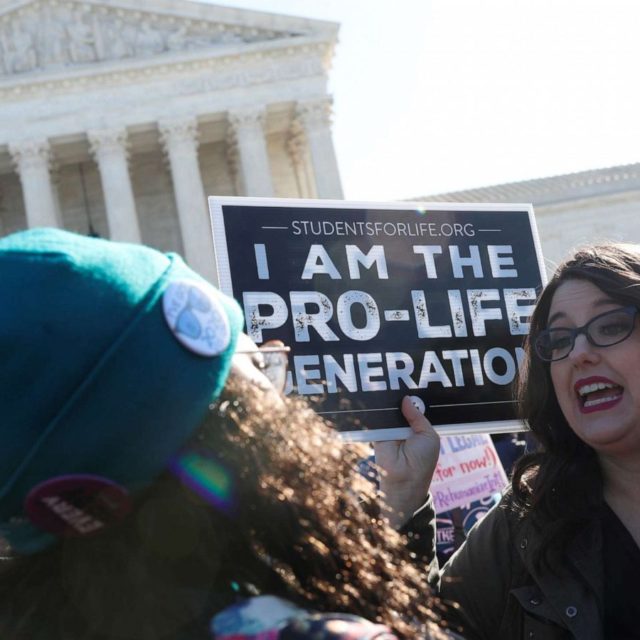 On Thursday, The State of Mississippi filed a brief, explicitly requesting that the The Supreme Court overturn Roe v. Wade. The state is currently defending its 2018 abortion laws, which ban abortions after 15 weeks of pregnancy. The state wants for the Supreme Court to uphold their restrictive abortion laws in an upcoming case. The laws are being challenged by the Jackson Women’s Health Organization, the only organization in the state that provides access to legal abortions. 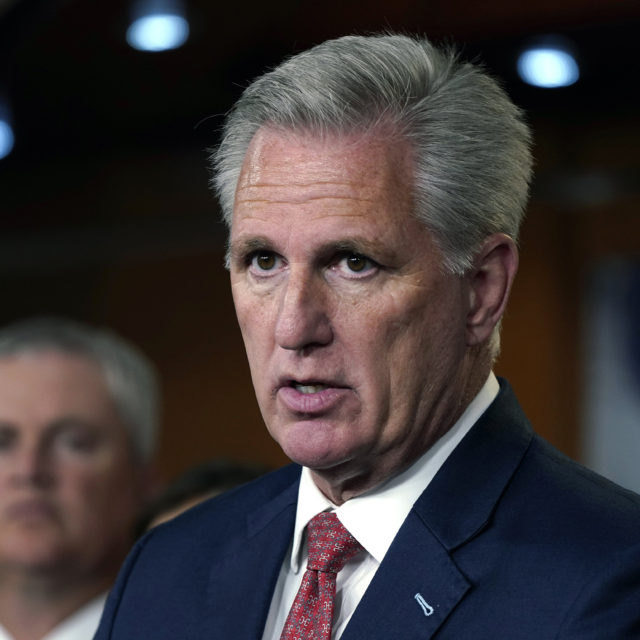 After House Speaker Nancy Pelosi rejected two Republicans from joining the panel to investigate the January 6 attack on the Capitol, Minority House Leader Kevin McCarthy pulled all of the GOP members that were set to serve on the committee as a form of protest. McCarthy was given the opportunity to select five members to join the committee, but Pelosi also has the power to reject any of those selections, which she chose to do after two of McCarthy’s choices. He selected Rep. Jim Jordan, of Ohio, and Rep. Jim Banks, of Indiana, who have long been outspoken supporters of former President Trump and his egregiously false claims of voter fraud that prompted the insurrection on January 6. 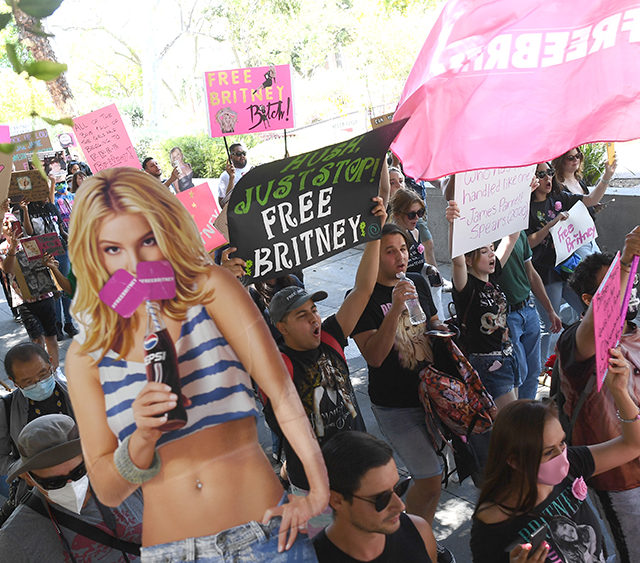 In the midst of Britney Spears’ legal battle over her conservatorship, a bipartisan group of lawmakers have proposed a bill that would target abusive legal arrangements, like the one involving Spears. Conservatorships (also called guardianships) allow one-person control over another person’s resources when they are unable to manage their own finances. The arrangement is negotiated in court and can only be lifted by a court. 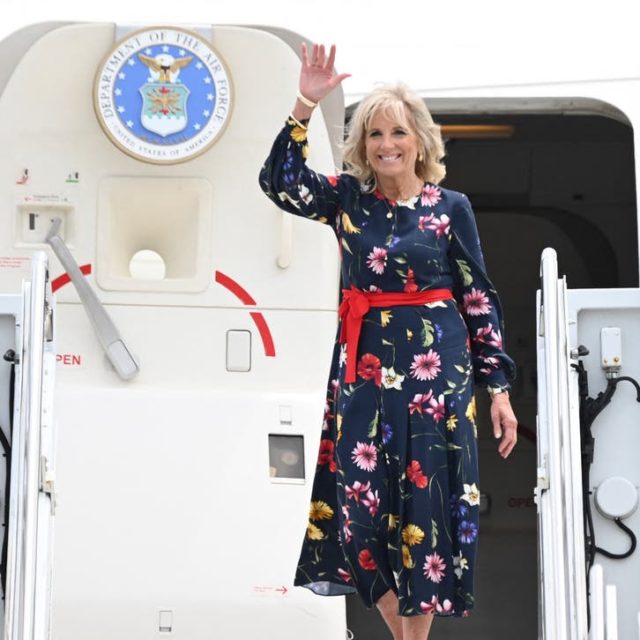 Jill Biden Heads to Tokyo Amid Growing Concerns for Olympics

U.S. First Lady Jill Biden departed Wednesday morning for a five-day trip to Tokyo, Japan to support the USA Team and athletes at the 2020 Olympics set to start this Friday after a year of delay. All spectators have been banned from the games and there have been more than 70 positive cases related to the Olympics. 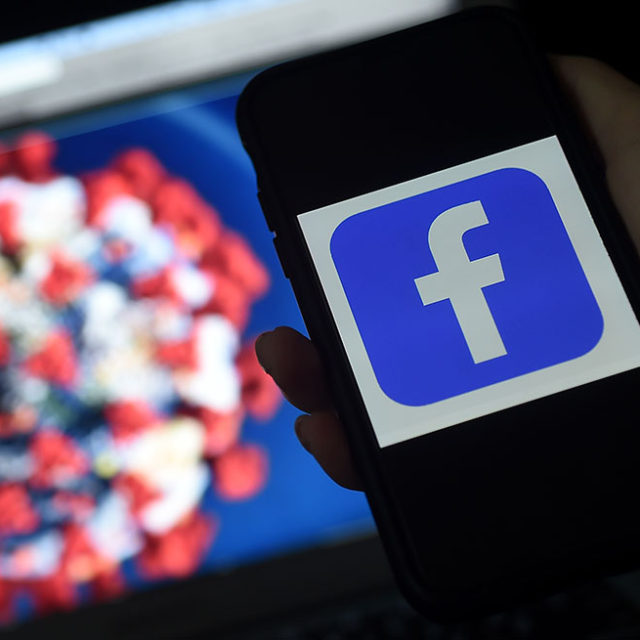 According to White House communications director Kate Bedingfield, the White House is considering whether social media platforms should be held legally liable for spreading false material under Section 230, a statute that protects corporations’ freedom to control content. 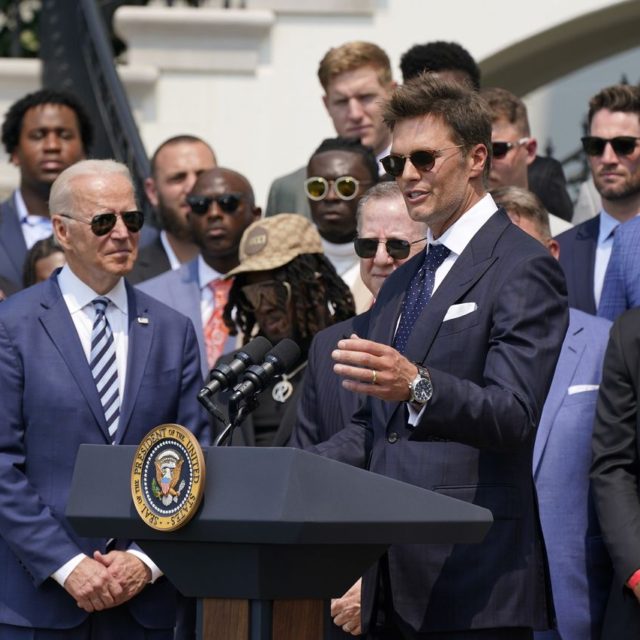 President Joe Biden honored the Super Bowl champions, Tampa Bay Buccaneers, at the White House on Tuesday with football star Tom Brady making a speech that joked about the 2020 election. The Buccaneers’ victory marked the seventh Super Bowl win for Brady. The quarterback has turned down three other invitations, mostly recently in 2017 when Brady was still playing for the New England’s Patriots. 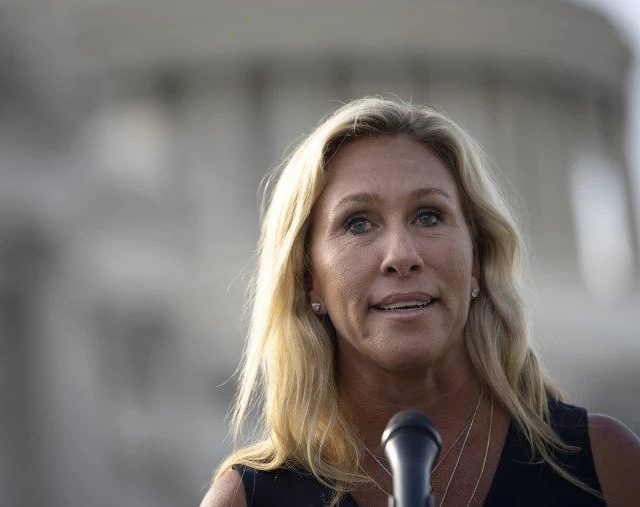 Twitter has suspended Rep. Marjorie Taylor Greene after she shared COVID misinformation. The temporary suspension comes after several of Greene’s Tweets were flagged over the past week. For twelve hours, she will be unable to share messages. Her account can still be viewed. 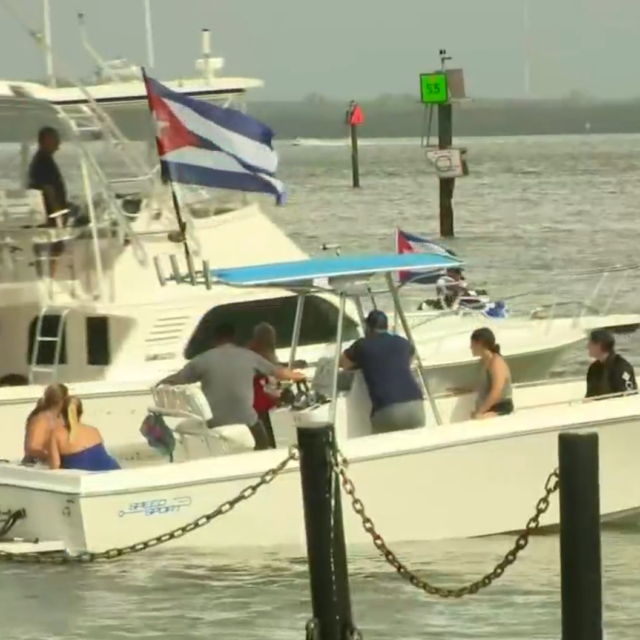 Last week, many groups near South Florida began organizing supplies to deliver to Cuba, where citizens are in critical need of food and medical supplies amid an economic crisis.

As protests in solidarity occurred in Florida, many grew frustrated with the U.S. government’s lack of response and have decided to take matters into their own hands. An organizer, Osdany Veloz, said that boaters plan to travel near Cuba’s coastline to make Cubans aware of their support without them having to cross into Cuban territory. 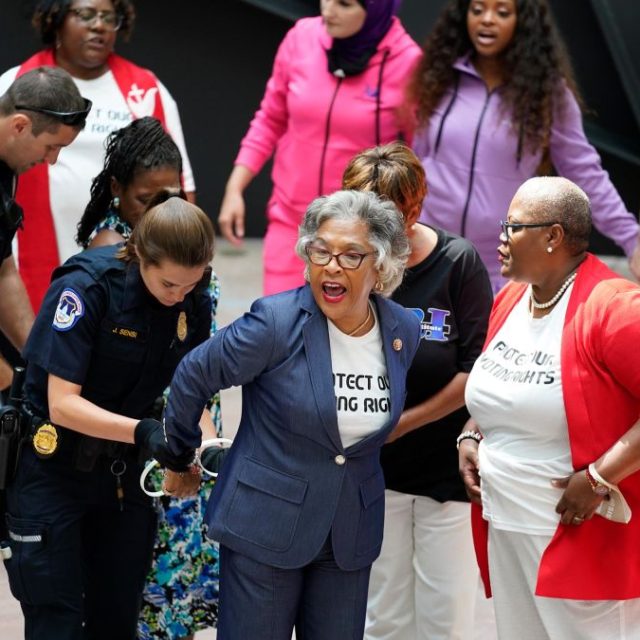 Rep. Joyce Beatty, D-Ohio, chairwoman of the Congressional Black Caucus, was among the nine protestors who were arrested on Thursday afternoon at the U.S. Capitol while protesting for the voting rights legislation. 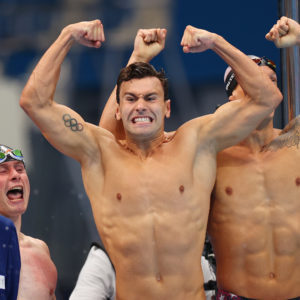 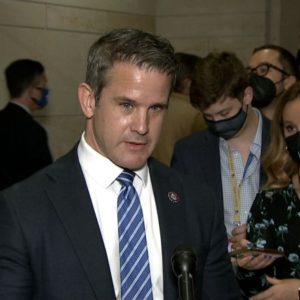 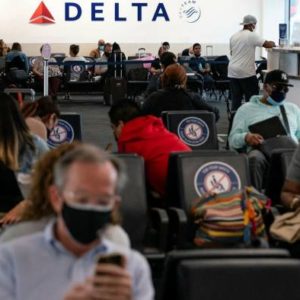 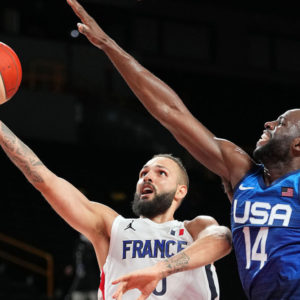 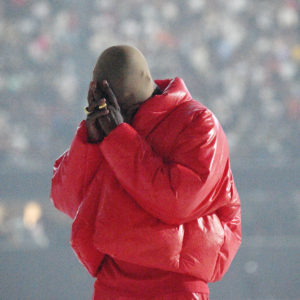 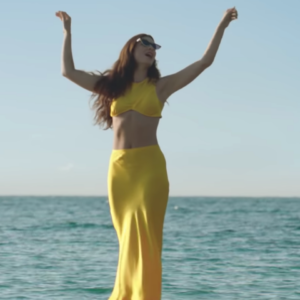